(SoapOperaNetwork.com) — You can’t handle the truth, even though it will set you free. 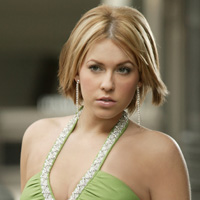 The Inside Story: A Mind is a Terrible Thing to Lose

Rex and Gigi enjoy the moment. Across town, Brody exposes his darker side. He takes off with Shane, promising to change his last name to Lovett. Brody tells Shane that Gigi wants Rex to be his daddy. Marcie comes to and alerts Gigi as to what has happened. Rex and Gigi learn that Brody is armed and dangerous. Bo joins the concerned parents in the search for Shane. Dancing around the truth, Brody tells Shane they are going to Llantano Mountain for a camping trip. Brody makes sure to bring his Navy SEAL survival gear. Meanwhile, Rex, Gigi, and Bo meet with Navy SEAL Wes Granger, who served with Brody. Brody starts to crack under pressure while teaching Shane to use a gun. Wes recounts a terrifying story. Bo gets a lead on Brody’s location. Brody flashes back to his combat days in Iraq, while becoming increasingly unstable.

Mary reminds Todd of how much she cares for him, and is excited at the prospect of having a baby in the house. Todd pulls back when things get hot and heavy with Marty. Starr’s principal demands she be home-schooled, which angers Blair. Cole and Markko support Starr. Blair throws her weight around in order to get what she wants. Starr and Cole bond, but remain at an impasse. Meanwhile, Dorian hits a roadblock when she attempts to speed up Langston’s adoption. Later, the judge renders a verdict between Dorian and Ray. Dorian’s tirade results in trouble. Starr, Markko, and Cole comfort Langston. Cole spots Clint with Ray. Dallas continues to be Clint’s cheerleader. Nora is none to pleased with Dallas’ new living arrangement.