(SoapOperaNetwork.com) — A wedding brings out old feelings for two estranged couples, while the bride has feelings for another…

THIS WEEK ON:AS THE WORLD TURNS

Paul continues to hunt for James’ buried money in order to pay Derek. Barbara, knowing her son is in serious trouble promises to do what she can but needs some time. When Paul calls Derek requesting some more time to get the money Derek informs him he has only 24 hours to do so. Paul, requesting Henry’s help, inadvertantly puts him, Vienna and Bonnie in danger.

Brad mistakenly thinks he’s in the clear of the investigation of Leo but learns that Jack received new evidence that could bring him front and center. Brad instantly insists that Jack get rid of the information he has, but Jack doesn’t do so. Jack later tells Janet about the evidence and shows her the file he snuck out of the police station. A fearful Janet asks Jack to hand over the file to him.

A BRIDE HAS FEELINGS FOR SOMEONE OTHER THAN THE GROOM

While shopping for her wedding dress, Alison runs into Aaron, who hands her a box of chocolate candies. The two are talking together about the wedding when Chris calls asking for her to come over to care for the dog. After caring for the dog, Alison leaves but leaves the chocolates behind. Meanwhile, Dani asks Casey to get Chris to meet him for lunch so she can casually ‘drop’ in on them. When he arrives, Chris immediately knows what she’s up to and starts to leave. Dani quickly convinces him to stay. Alison, realizing that she left her chocolates in Chris’ room goes back and begins to freak out when she sees the dog has gotten sick. Chris, getting the call from Alison, tells Dani he has to head back to the hospital. Dani, however, spots him getting back onto the elevator at the Lakeview. Chris and Alison tend to the dog and when he shows signs of improvement, an emotional Alison begins to cry. The two begin discussing their feelings and soon find themselves not only in a passionate kiss, but in his bed making love.

At the rehearsal party,Alison doesn’t show up and Dani immediately becomes suspicious. Heading to the hospital, Danie learns that neither Alison or Chris have been there at all. She soon heads to the Lakeview and spots Chris and Alison racing out of his room towards the elevator. When Alison does arrive at Lily’s for the rehearsal party, Aaron is very attentive towards her, but Alison’s guilt mounts. Later on, Chris and Alison have another run in, where he questions if she told Aaron what went on between them. Alison tells Chris she will not reveal that at all to Aaron and departs; both unaware that Dani has heard everything. When the wedding finally arrives, Chris admits to Dani that he loves Alison and she in turn tells him she won’t reveal what she knows about the two of them. Afterwards, Jack and Carly and Holden and Lily both find themselves thinking about the love they shared, leading both estranged couples into tender kisses. 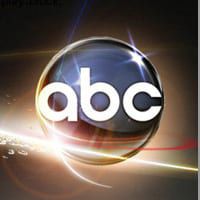