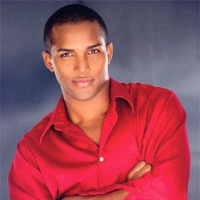 Don’t expect to see much more of Yaya DaCosta’s Cassandra Foster on “All My Children” after Monday, August 25. On that date Cassandra will bid adieu to her handsome boyfriend, Dre Woods, and her mom, Angie (Debbie Morgan), and then board a plane that will move her back to Paris, France where her father Jacob resides. Though no official word is out on whether the actress is out permanently, it is highly likely that we’re in the the last days of DaCosta’s run as Cassandra. DaCosta premiered on “AMC” in April. The “America’s Next Top Model” runner-up began starring on the off-Broadway play “The First Breeze of Summer” on August 5.

While watching the next several weeks of “AMC,” it may look like the claims of Mario Van Peebles exit from “All My Children” being imminent are correct. After a several week long hiatus, expect to see Samuel Woods back in Pine Valley in mid-September. Is the character returning to give a politically correct farewell or for much more? We’ll have to stay tuned for that answer; new “AMC” head-writer Charles Pratt does tell TV Guide that he’s not sure where Samuel and Erica’s (Susan Lucci) romance is going due to Van Peebles busy schedule. The actor is currently taping episodes of the FX drama “Damages,” starring Glenn Close, and is also directing episodes of FX’s motorcycle drama, starring Ron Perlman (known on the big screen as Hellboy), “Sons of Anarchy.”

“AMC” fans can rest assured that the soap will not be pulling another Jeff Branson (ex-Jonathan Lavery) act with Colin Egglesfield. The handsome actor who portrays Joshua Madden will be making a spurt of appearances on the soap in early September. The actor, who was recently dropped to recurring status, last appeared on the daytime drama on June 19.

Correction: Soap Opera Network previously reported that James Mitchell would make one of his rare and very welcomed appearances on “AMC” during the week of August 11. Mitchell will actually appear on Monday, August 18. 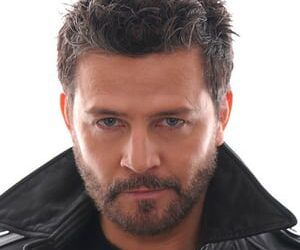 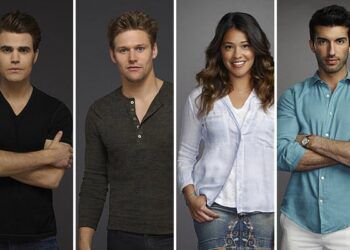 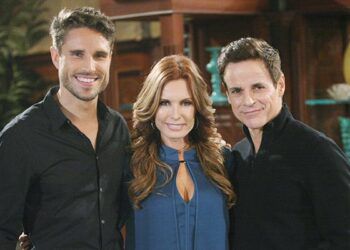 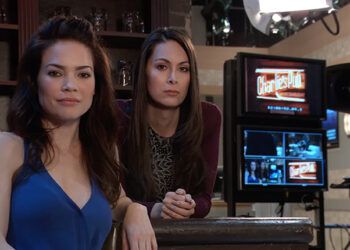