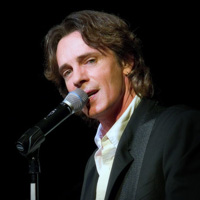 (SoapOperaNetwork.com) — While Rick Springfield is back in Port Charles as both Dr. Noah Drake and Eli Love on “General Hospital” for a short stint, it comes as no surprise that the actor would bring his real-life musical persona back to the screen.

On the Tuesday, July 29 episode of “GH,” look for Springfield to perform his new single — as rocker Eli Love — “What’s Victoria’s Secret?” during a concert event. Also in the episode, Eli will get a closer look at the true Anna Devane (played by Finola Hughes), a super-spy, not the “grand-mother” he feels will ruin his image.

“What’s Victoria’s Secret” is the lead single off of Rick’s new album, Venus in Overdrive, which is “ironically” set for release the same day Eli performs on “GH” (July 29).

Prior to his return to the ABC soap this month, Springfield was last seen in Port Charles in 2007, when Noah pretended to be Eli during a charity concert benefiting Aids research.