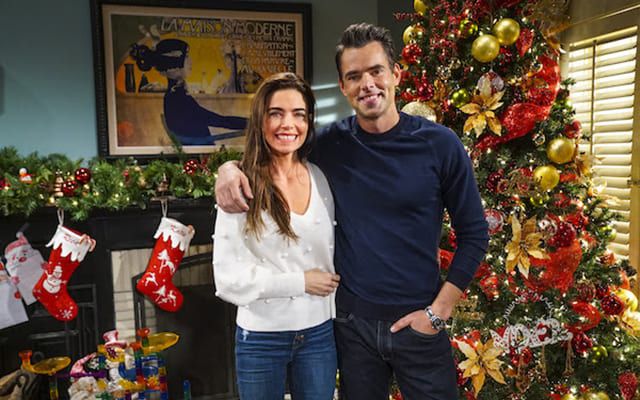 THIS WEEK ON:THE YOUNG AND THE RESTLESS
Colleen learns that Adrian and Amber had sex. Daniel informs Amber that he’s moving out of the house. Brad and Jill strike up a deal while Michael helps Gloria and Jeffrey scheme to get a piece of Jabot. Sabrina tries to make peace with Victoria. Nikki requests his son to accept David as part of the family. Paul continues to dig into David’s past; not only catching him lying but also discovering that he’s under a fake identity. Colleen and Amber have a heated exchange about Adrian. Nikki surprises David by telling him she’s purchased a house for the two of them.

Jack works hard to keep his scheme against Sabrina and Victor secret by shipping Adrian out of town before the magazine hits stands. Word comes out that the magazine is ready to hit the stands and Jack couldn’t be more pleased or smug. Sabrina is horrified to learn that RestlessStyle has her business out for the world to see. Victor gets wind of the article and immediately seeks out the responsible party. After a heated exchange with Nick, he decides that neither of his children will be in his will Nick soon realizes that Jack, not Adrian, was the one that updated the article about Sabrina. Victor soon shows he means business when he corners Sharon and Phyllis, telling the two revenge is on its way for all of them for what has happened.