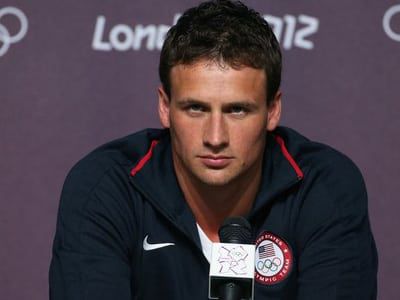 Olympic Gold Medalist Ryan Lochte to Appear in Episode of ‘90210’

Ending months of rumors and speculation, an “All My Children” spokesperson has finally confirmed that Jeff Branson has been let go from the soap. Branson will officially disappear from the “AMC” canvas this spring. The Emmy nominated actor has not taped a single episode of the soap this year and has not appeared on a single episode of “AMC” this year. For fans of the actor and character, the good news is that unlike Ryan’s (Cameron Mathison) other sibling, Erin (Connie Fletcher), Jonathan will leave town with his pulse still beating.

Jeff Branson began playing Jonathan Lavery on June 15, 2004. As Jonathan, the actor played everything from an abusive boyfriend to a serial killer to a mentally challenged victim of a brain tumor. During a 2005 hiatus from “AMC,” Branson filmed a movie titled “The Big Bad Swim.”

Branson becomes the fourth contracted actor to part ways with “AMC” since December 2007. Stacy Haiduk, who played Hannah Nichols, Brent Weber, who played Sean Montgomery, and Alec Musser, who is still said to be playing Del Henry in a recurring capacity – though sources close to the actor don’t expect Musser to make any more appareances on the daytime drama – preceded Branson in finding the door out of Pine Valley.

In other casting news, Cornelius Smith Jr. is now on contract with “AMC.” Smith plays Frankie Hubbard, son of Jesse and Angela Hubbard (Darnell Williams and Debbie Morgan). And expect to see James Mitchell, who plays Palmer Cortlandt, make another one of his very rare “AMC” appearances at the end of this month.