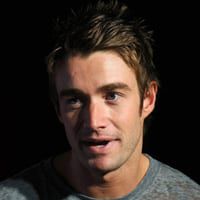 Brings Ashley Abbott Along for the Ride

(SoapOperaNetwork.com) — “The Bold and the Beautiful’s” John McCook (Eric Forrester) and Eileen Davidson (Ashley Abbott) are crossing over to mother soap “The Young and the Restless” for a meeting with Jack (Peter Bergman) and Sharon Abbott (Sharon Case).

On the February 27 and February 28 episodes of “Y&R,” Jack and Sharon find themselves going to Los Angeles to speak with Forrester Boss, Eric Forrester, over the launch of a new magazine, Restless Style. Jack is hoping to get Forrester Creations to take part as a promotional sponsor for their magazine.

While their scenes will air on “Y&R,” the setting used is from Los Angeles based “B&B.”

This is McCook’s fourth appearance on daytime’s top rated soap as Eric Forrester. He first appeared in the early 1990’s and returned twice in 2005. Previously, he played Lance Prentiss from 1975-1980 on the soap.

Davidson has crossed-over numerous times since her joining the cast of “B&B” in early 2007.