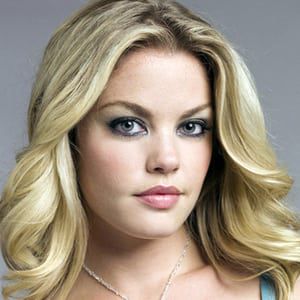 Fans can expect to see even less of Vincent Jones in recent months, as word comes that “OLTL” has released African-American actor Tobias Truvillion from his contract, and placed him on recurring status with the soap. Truvillion originated the role of con man Vincent Jones in April of 2006. However, after receiving a decent amount of airtime following his “OLTL” debut, he was placed on the backburner and seldom used by the soap in recent months. It is speculated that Truvillion and “OLTL” will part company by April.

Prior to his stint on “OLTL,” the thirty three year old Truvillion appeared on shows such as “Law and Order: SVU.” In 2007 he appeared in the film “Blackout.” No word yet on what this means for his onscreen girlfriend and co-star Tika Sumpter, who portrays Layla Williamson.

In related contract news, Robin Strasser, whose contract with “One Life to Live” was set to expire next month, has reportedly inked out a deal to keep her in Llanview for at least another twelve months. Strasser has portrayed the stubborn, vengeful Dorian Cramer Lord on and off since becoming the fourth actress to step into the role in 1979. She would leave the show in 1987, prompting Elaine Princi to take over the role of Dorian until Strasser’s return to Llanview in 1993; the actress would leave again in 2000. Strasser’s latest stint in Llanview began in 2003. That same yera she also appeared in a handful of episodes of “All My Children” as Dorian.

Strasser began her soap career as Iris Ocasek on “The Secret Storm” from 1964-1966. Next she joined “Another World” as Rachel Davis Matthews from 1967-1971, and again in 1972. In 1970, she also appeared as Rachel on the “AW” spin-off “Somerset.” From 1976-1979 she appeared on “All My Children” as Dr. Christina Karras Martin. And from 2001-2002 she had a recurring role on “Passions” as a 300-year-old witch named Hecuba. Additionally, Strasser appeared as Dianne Kirkwood on the primetime soap “Knot’s Landing” from 1989-1990. Strasser’s numerous other acting credits include guest appearances on programs such as “Murphy Brown,” “Coach,” “Dear John…,” “Dharma and Greg,” “MacGyver,” and “Highway to Heaven.”

Former “As the World Turns” star Joanna Rhinehart has been tapped to play the recurring role of Sister Caroline, a nun as St. Ann’s, beginning February 7th. Rhinehart portrayed Jessica Griffin on “ATWT” from 1995-1999.