“One Life to Live” starts off 2008 with a bang as the multi-platinum singer/songwriter makes her second appearance in Llanview in less than two years. On July 28, 2006, Blige made her soap debut on “OLTL.” In a press release issued by ABC, Blige is quoted as saying, “It’s absolutely amazing to be integrated into a soap opera I’ve watched since I was a little girl. I performed on the show two years ago and had a ball, and I am beyond thrilled to be welcomed back again.”

The release goes on to say that “the return of Ms. Blige to ‘One Life to Live’ marks success on the show’s part in forging its unique path in ABC’s daytime lineup as a music-focused show.”

Performing as a surprise guest at Starr Manning’s Sweet Sixteen party, Blige will perform the singles “Just Fine” and “Hurt Again” from her Grammy nominated album “Growing Pains.” Blige will be joined onstage by members of her band.

According to Brian Frons, ABC Daytime President, “Mary J. Blige represents another of today’s top recording artists who sees the power of ABC Daytime as a promotional platform to reach the highly engaged, passionate audience of women 18-49. Music is an important component to daytime storytelling — it is relevant, contemporary and builds emotional intensity.”

Since its December 21st release, “Growing Pains” has gone on to top the Billboard charts and become Blige’s 8th #1 CD on Billboard’s Top R&B/Hip-Hop Albums chart and her 4th #1 CD landing at #1 on the Billboard 200 chart. Says “OLTL” Executive Producer Frank Valentini, “Mary J. Blige is one of the most prominent and powerful voices in the music industry. She is an inspiration in both her music and her life, and we are thrilled to welcome her back to ‘One Life to Live.”

Blige is part of an impressive list of musicians for appear on “OLTL” in recent years. Others on the list include Lifehouse, Simply Red, Timbaland, Nelly Furtado. Look for Blige’s scenes to air on February 15th and 18th. 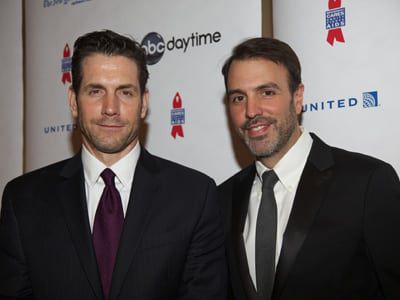 Frank Valentini and Ron Carlivati, who took over the reigns as ABC's new executive producer and head writer for "General Hospital," are now on the world wide web courtesy of Twitter, the social networking media giant.

Ratings: Terrible Week For Every Show

When the official "One Life to Live" cast photo shoot was unveiled last month Robin Strasser was one of two contract cast members (Hillary B. Smith being the other) not in attendance at the Sleepy Hollow Country Club with the rest of her c0-stars. However, it was pneumonia and not a snub from her new bosses that kept "One Life's" grand dame from getting her close-up.