(SoapOperaNetwork.com) — The holidays are anything but tranquil in Llanview.

THIS WEEK ON “ONE LIFE TO LIVE”…

Nash has strong objections to Jessica’s new plan to trick Jared into thinking Tess has returned. Jared has a difficult time controlling his emotions when Natalie tells him she slept with John. Later Jared gives Natalie his mother’s locket as a Christmas present. The Cramer girls are shocked when Addie arrives at Dorian’s doorstep, and appears to be normal. John puches Jared. Blair is happy to see the change in her mother, while Dorian is taken aback. Blair, struggling to adjust to Addie’s new personality, is worried when she can’t find her. John wonders what is up with Jared and Natalie. Cristian and Layla decide to speak to Mrs. Williamson about allowing Cristian to see Evangeline. Dorian decides to use her newfound knowledge about Charlie and Jared to her advantage, and heads for the Buchanan mansion. Her plans quickly change, however, when she sees Clint and Nora sharing another kiss. John receives a Christmas present Marty ordered before her death. Talia helps Blair and Dorian find Addie at Capricorn. Addie is ready to start her own life. A band member has the hots for Sarah. Cristian makes a decision about Evangeline. Antonio asks Talia to remain in Llanview. Rex and Adriana share a New Year’s Eve kiss at midnight, as do the Vegas and the women in their lives. Starr, Cole, Langston, and Markko celebrate the New Year. Roxy jumps to the wrong conclusion about Natalie and Miles. Roxy kisses Miles. Natalie and Jared find themselves alone at midnight.

YOU’RE NEVER TOO OLD FOR LOVE


Viki and Charlie share their first kiss at the drive-in. Shortly thereafter, however, the car breaks down and the snow begins to fall. Finding other ways to occupy their time, Viki and Charlie continue to kiss. Later, as they awaken in one anothers arms, Viki convinces Charlie that he should ask his son again for a second chance, and tells him that he helped her as well. Agreeing that they will see each other again soon, Viki and Charlie part company. Gigi keeps her composure when Rex tells her he is going to propose to his girlfriend; Gigi is relieved when Rex failed to recognize the ring. Ramsey manages to get information from Noelle. Marcie and Gigi say good-bye. John offers to help Michael look for Marcie. Adriana gives Rex the answer he was waiting for. Rex has no idea the engagement ring he got Adriana is really the one Michael gave Marcie. Moe brightens Noelle’s day. Michael discovers Adriana’s ring.

D2D PreVUE’s for the week of December 31

Monday: Cristian is ready to take a chance on Sarah; Antonio’s kiss causes an unexpected reaction from Talia; Clint and Nora celebrate the New Year.

Thursday: Marcie and Todd meet face-to-face; someone is shot by Ramsey.

Friday: Marcie does something desperate.

My View of Llanview: December 30 Edition 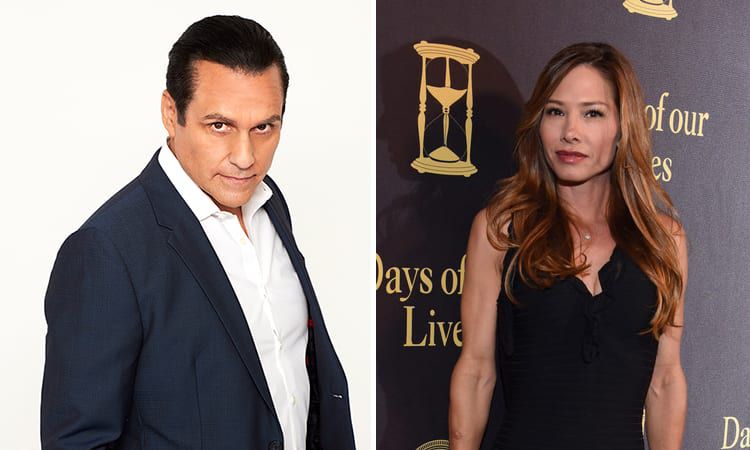 ABC will broadcast a classic episode of "General Hospital" with original recipe Sonny and Carly (Maurice Benard and Sarah Brown).