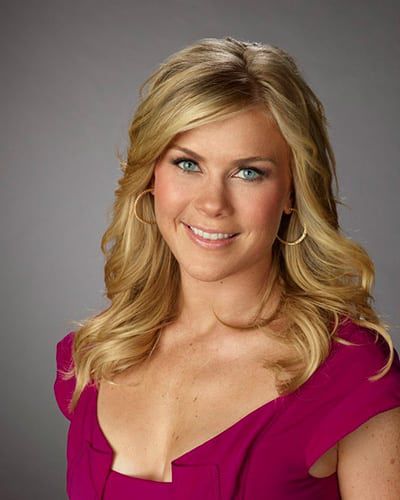 Alison Sweeney Talks About Her New Book and ‘DAYS’ Exit

After saying goodbye to friends and colleagues on Friday, May 23 as she wrapped filming her 21 year run as Samantha "Sami" Brady on NBC's "Days of our Lives," Alison Sweeney is gearing up for the release of "Scared Scriptless," her fourth book. The actress will appear at the NBC Experience Store in New York on Tuesday, June 3 signing purchased copies of her book, which is being released by Hyperion the same day.

Earlier this year, ABC's "General Hospital" released "Love In Maine," which was a corporate tie-in with Disney/ABC Television Group’s Hyperpion Books and the debut novel by the fictional "GH" character Molly Lansing-Davis (Haley Pullos). Unfortunately, upon release Connie Falconeri had all the credit until TJ (Tequan Richmond), Alexis (Nancy Lee Grahn) and Shawn (Sean Blakemore) helped Molly set the record straight on the soap. Five months since the release of "Maine," Hyperion Books has announced it plans to release the sequel to the novel as an eBook.