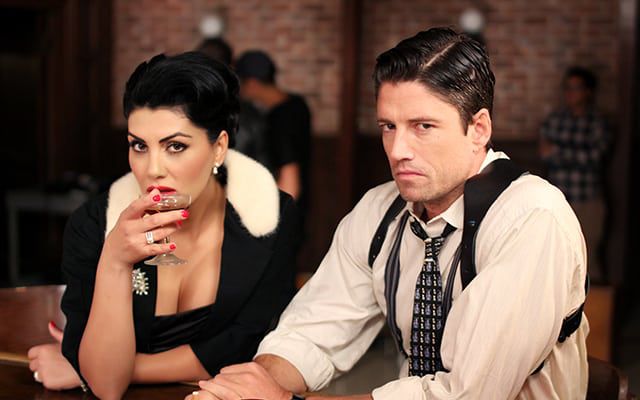 Nearly two months after filming completed, singer <strong>Roxanna</strong> has released the full music video for her single, "Here with Me," the highly anticipated prequel to 2012's "Unforgotten." Both music videos feature former "Days of our Lives" star <strong>James Scott</strong> (ex-EJ DiMera), who described his character as being "...a little bit more refined, more of a <strong>James Cagney</strong> type character." He noted, "there is a real elegance and beauty to this story. It has a much more romantic sensibility, much more fantasy... It is less intense in terms of the overt physical dynamic between the two characters, but I think that the underplay of the relationship between the two is actually much, much more intense.”