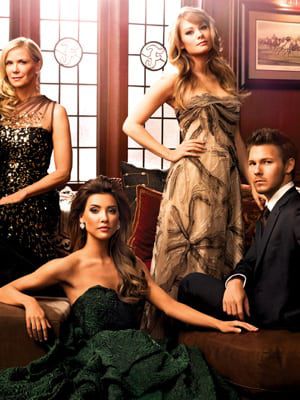 While millions of fans may love the tantalizing tales of the Forrester's and the Logan's on CBS' "The Bold and the Beautiful," many of them may not think twice about what it takes to make the world's most watched daytime soap opera come alive each and every weekday. In a new book released earlier this month by Sourcebooks, entitled "Becoming Bold & Beautiful: 25 Years of Making the World's Most Popular Daytime Soap Opera" with foreword by the soaps "core four" Susan Flannery, John McCook, Ronn Moss﻿ and Katherine Kelly Lang﻿, the hardcover release provides detailed insight from the 1987 debut year of the soap to present day. Included throughout are over 200 photographs featuring cast and crew members on Stage 31 of CBS Television City in Los Angeles, and on location in Malibu, Cabo San Lucas, and Aspen.