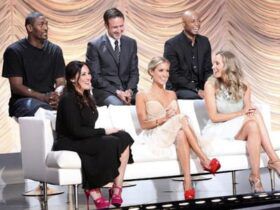 This evening, ABC confirmed the list of contestants for the 13th season of "Dancing with the Stars." The list leaked earlier today on Twitter proved to be accurate. Both lists included actor J.R. Martinez, 28, from "All My Children." Martinez is a veteran of the Iraq war and a highly sought-after motivational speaker for the causes that effect his fellow veterans. He joined the 41-year old ABC soap as Brot Monroe in November of 2008. Martinez follows in the foot steps of former "DWTS" winner Kelly Monaco (Sam, "General Hospital") and his "AMC" co-stars and former "DWTS" contestants Cameron Mathison (Ryan) Susan Lucci (Erica) and Aiden Turner (ex-Aidan). Joining Martinez will be a slew of figures from the entertainment (actors, reality stars, commentators, and musicians) and sports world including: