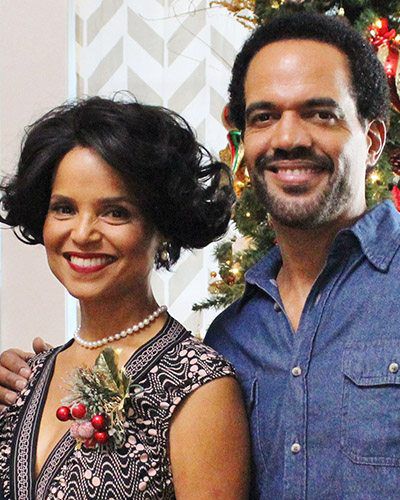 Kristoff St. John and Victoria Rowell, the duo who played Neil and Drucilla Winters on "The Young and the Restless" for over a decade, are back together again in a new project -- the UPtv movie "A Baby for Christmas," airing Sunday, December 13 at 7 pm and 9 pm. And St. John says it was a "joyous" reunion.

Fans have seen Trevor St. John do many things over the years as his “One Life to Live” characters Todd Manning and Victor Lord Jr., both of which are rather dark roles that helped keep the actor fairly shrouded in mystery. And considering his soap experience, we’ll bet in a million years most fans would never have guessed where the actor would end up next: Co-starring in GMA’s family film, “Finding Normal,” alongside former “Full House” starlet Candice Cameron Bure!

Posted by Kambra Clifford Wednesday, May 1, 2013