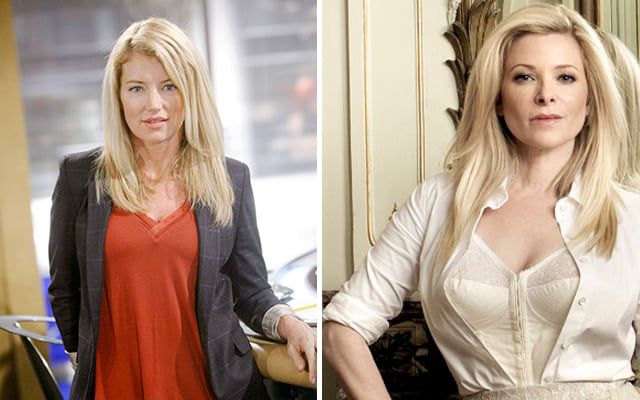 Salem will soon be saying goodbye to Claire Brady on “Days of our Lives” now that actress Isabel Durant has exited the role.

Durant, who joined the soap in August 2020, will last air on Friday, August 20 when her character leaves town to join Theo Carver (Cameron Johnson) on his return trip to South Africa, reports Soap Opera Digest in its newest issue, on newsstands now.

Claire and Theo’s departure from Salem comes as Ben (Robert Scott Wilson) and Ciara (Victoria Konefal) get ready to celebrate a happy event.

“She’s been solid from the get-go, coming into this genre fresh and new, and being thrown into it in the middle of COVID, she just did fantastic,” stated Wilson to Digest while commenting that he told Durant before she left, “You’re going to be getting a call in less than three months.’ She’s a great actress so we’ll see.”

Wilson’s kind words were echoed by “DAYS” head writer Ron Carlivati who told the publication, “She did an amazing job, but her story came to a natural conclusion and that’s the only reason we wrote her out. I would love to work with her in the future at some point if it ever came to be.”

Prior to joining “DAYS,” Durant had starring roles in such shows as “Mako Mermaids” and “Dance Academy.” She appeared in the 2018 film “Life Itself” alongside Olivia Wilde, Annette Bening, Mandy Patinkin, Jean Smart, Antonio Banderas and Samuel L. Jackson, among others. She also made an appearance in a 2017 episode of NBC’s “This Is Us.”