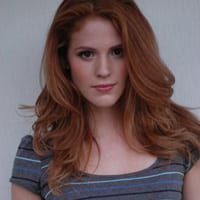 Erin Chambers is Lucky to be on ‘GH’

Since debuting on the Friday, July 2 episode of “General Hospital” as a recast Spencer Cassadine, Nicholas Alexander Chavez has fans of the ABC soap questioning his character’s intentions with Trina Robinson (Sydney Mikayla), considering he’s hiding his true identity, and his involvement in the stalking of Ava Jerome (Maura West) which has caused his father, Nikolas (Marcus Coloma), to unfortunately split from his lady love.

In an interview with SoapHub, Chavez talks about his first day working at “GH” and how West was the one he screen-tested against in order to secure his first TV gig.

“I was nervous, of course, but the entire cast and crew of ‘GH’ were so helpful and understanding,” Chavez says of his first days on set. “They took the time to explain certain things that – for people who have been in the industry for decades – come as effortlessly as breathing. They were gracious and kind through all of my nerves. I really couldn’t have asked for a more supportive environment than the ‘GH’ family.”

As for working with West, he notes, “It was such an honor. She made me feel comfortable but it also felt like she peered right into my soul, in true Ava fashion.” He added, “She gave me a lot to work with as a scene partner and I was grateful for the opportunity.”

When not filming, Chavez has found himself playing chess alongside other cast members including Coloma. “Marcus and I play all the time. We’ve really fostered a great offscreen friendship,” he says.

“I read an article…where he talked about how often we play chess,” explains Chavez of a recent interview Coloma did with Soap Opera Digest. “Thankfully, he failed to mention how often he beats me!! Genie Francis [Laura Spencer], too; she’s a good chess player. She beat me last week and I’m looking forward to a rematch.”

In the Digest interview, Coloma said of Chavez’ chess game, “I saw him watching some of the extras playing in the green room on this really cheap board that’s been in there forever. I said, ‘Oh, you play chess?’ He said, ‘Yeah, do you play?’ I said, ‘Yeah!’ It was like this instant point of commonality, this great, instant bond. So I brought in a board and we started playing. We’ve become really good friends.”

With Chavez connecting with his co-stars so quickly, and fans looking at the prospect of a future bond between Trina and Spencer, it looks like the soap will have years of story to play with the young Cassadine heir and we’re here for all that drama.

Welcome to the show, Nicholas!