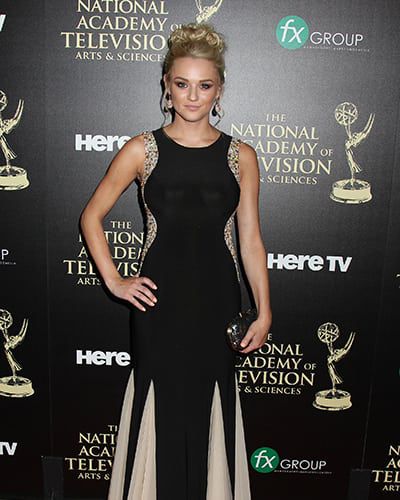 UPDATE 03/23/2020: On Sunday, March 22, both ITV and Channel 4/E4 announced they will join the BBC in suspending production on their soaps. All soaps produced in the United Kingdom have now suspended production like their American counterparts.

“It is a decision that has not been taken lightly but looking after our cast and crew is our number one priority,” a spokesperson for “Hollyoaks” told The Sun in a statement. Producers emailed the cast and crew on Sunday morning confirming the halt in production.

PREVIOUS 03/21/2020: Like their American counterparts, broadcasters in the United Kingdom have officially suspended production on several of their soaps operas amid the coronavirus pandemic just days after ABC, CBS and NBC announced similar stoppages for their daytime dramas in the United States. Going a step further, the BBC and ITV both announced that they would also reduce the number of episodes they air for some of their highly-rated series as a means to consolidate all-new episodes during a time in which viewers are at home looking for something to do or entertainment options to consume. Will American soaps soon follow suit?

“In light of the spread of COVID-19, after much consideration, it has been decided that filming on ‘EastEnders’ will be postponed until further notice,” a BBC spokesperson said of its top drama in a statement earlier this week that also applied to dramas “Casualty,” “Doctors” and “Holby City.” They added, “We will continue to follow the latest news and advice from the World Health Organisation and Public Health England.”

As a result of the production suspension, “EastEnders” sees its weekly airing schedule reduced from four episodes a week to just two, effective immediately. “We have also taken the decision to reduce the amount of episodes we broadcast each week to two so that we can ensure the audience can continue to enjoy ‘EastEnders’ in their homes for as long as possible,” the network spokesperson said. The soap will now air on Mondays at 8:00 p.m. and Tuesdays at 7:30 p.m. on the broadcaster. Other programs have been scheduled to fill the show’s vacated Thursday and Friday airings.

While also reducing the weekly airing schedule of its top-rated serial “Coronation Street,” ITV announced that the series and “Emmerdale” will continue filming, albeit with a reduced cast and crew, and sans actors over age 70, reports DigitalSpy. The soap also plans to reduce shooting on location and has eliminated all kissing scenes.

“The continued transmission of both soaps is a priority to all of us at ITV and to our audiences who enjoy the shows. Whilst carefully adhering to the latest health advice from the Government and Public Health England, our production teams are continuing to film episodes in Manchester and Leeds,” the broadcaster said. “With this change of transmission pattern, it will ensure we have great new soap episodes coming to air every weekday night until at least the early summer.

Normally scheduled to air six episodes each week on Mondays, Wednesdays and Fridays at 7:30 p.m. and 8:30 p.m., ITV says that the 8:30 p.m. airings of “Coronation Street” have been cut from the schedule, leaving fans to wait a bit longer for resolutions to the show’s regular cliffhangers. Meanwhile, “Emmerdale” will air just five episodes each week instead of its normal six. The series will air now air Monday through Friday at 7:00 p.m. only. The second airing on Thursday evenings has been cut from the schedule. All changes go into effect on Monday, March 30.

Broadcaster Channel 4/E4 is continuing with production on all-new episodes of “Hollyoaks” with plans to reduce the show’s weekly airings from five episodes to just three. Beginning Monday, March 30, “Hollyoaks” will air episodes Monday through Wednesday only. The Thursday and Friday airings have been cut from the schedule. A spokesperson for the network tells DigitalSpy that should production be suspended, Channel 4/E4 plans to air fan-favorite episodes in the event that all-new episodes run out in the months ahead. “As we continue to monitor the current situation and follow PHE advice in order to continue filming safely, for the time being, we will make changes to the schedule so that ‘Hollyoaks’ episodes will be broadcast Monday to Wednesday on Channel 4 and E4,” read the spokesperson’s full statement.

Australian soaps “Neighbours” and “Home and Away” are quite popular in the U.K., but since they are produced down under their productions are said to continue with no expected reduction in their airing schedule. Both soaps reportedly film five to six months ahead, which gives them plenty of room should a suspension order be given in the near future. “Neighbours” temporarily suspended production when it became aware that a staff member had been exposed to someone who had tested positive for COVID-19. At press time, the show remains committed to resuming filming on Monday, March 23.

While it’s unclear at this time whether ABC or CBS are considering to consolidate the airings of already filmed episodes of soaps “General Hospital,” “The Bold and the Beautiful” or “The Young and the Restless” like the Brits have chosen to do, NBC has several months worth of episodes of “Days of our Lives” stockpiled due to the soaps’ years old production cycle. The series currently has enough episodes filmed that can take it through the entire month of October.

“General Hospital” has enough episodes filmed to take it into early May, similar to both “Y&R” and “B&B.” It’s unlikely that the four American soaps will resume production anytime soon following a 24-hour “Stay at Home” order issued by California Governor Gavin Newsom on Thursday, March 19.

In the United States, “Casualty,” “Coronation Street,” “Doctors,” “EastEnders,” “Emmerdale” and “Holby City” are available day and date with their British airings via the BritBox streaming service. Delayed episodes of “Hollyoaks” are available on Hulu two weeks after airing on Channel 4/E4.

News: “In light of the spread of Covid-19, filming on #EastEnders will be postponed until further notice… We have also taken the decision to reduce the amount of episodes we broadcast each week to two.”
Episodes will now air on Mondays, 8pm and Tuesdays, 7.30pm. pic.twitter.com/Ea9rodkqfh