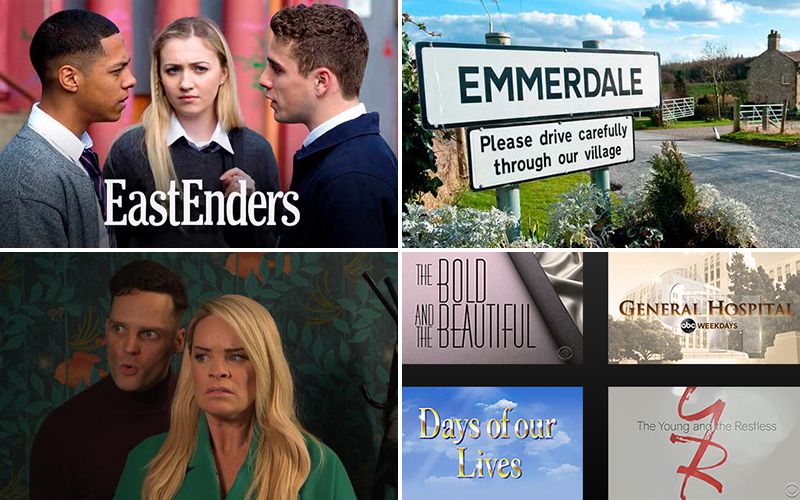 Talks of rebooting “All My Children” have been circulating for well over a year and don’t seem to be dying down anytime soon, especially as we approach the 9th anniversary of the show’s cancellation by ABC. While on the red carpet at the American Heart Association’s Go Red for Women Red Dress Collection in New York on Wednesday, Susan Lucci, who for over forty years portrayed the iconic role of Erica Kane on the series, said that if the show was to get a reboot it would have to be with the right person at the helm.

“We are hearing a little buzz. It’s just important to be in the right hands,” Lucci said of a possible reboot of the soap while speaking to PageSix. “Lorraine Broderick was the head writer and I know that she’s a beautiful writer, so if she was [on board] that would help a lot.”

Broderick, who is currently a breakdown writer at “Days of our Lives” was the head writer of “AMC” during the final months of the show’s run on ABC. She had previously served as a scriptwriter, co-head writer, associate head writer and another stint as head writer for the series at various stages of her career dating back to 1979 when she joined the show’s writing team.

In addition to discussing an “AMC” reboot, Lucci noted that “The Real Housewives” franchise isn’t an example of a modern-day soap. “I don’t think they are the modern-day soaps,” Lucci said to Page Six.  “There’s no storytelling. There’s a lot of editing. It’s, like, they cut to the chase all the time, and I think it’s different.” She added that reality stars are “great at entertaining,” but reiterates “I don’t think they’re the same.”

Lucci’s comments are in direct contrast to what Andy Cohen said of the Bravo franchise during a 2014 interview with “CBS This Morning.” “I think the ‘Housewives’ have replaced the modern-day soap opera in a weird way for a lot of people,” said Cohen. “Soap operas — scripted soap operas — there’s only a couple on the air right now, and truth is stranger than fiction.”

“All My Children” debuted on January 5, 1970 on ABC. A brief online reboot aired over 40 episodes in 2013, not including much of the show’s recognizable cast.