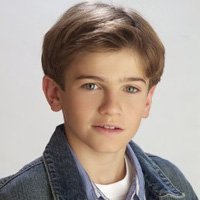 (SoapOperaNetwork.com) — “One Life to Live” casts two new faces to interact with the Llanview High crowd. With Matthew Buchanan’s big drug storyline about to kick into high gear, “OLTL” has cast a couple of new characters to interact with troubled teen. The first is Jack Rovello, who will portray Justin, a teen who tempts Matthew to head down a long and dangerous path. After introducing himself to Nora and Bo, Justin makes Matthew an offer he can’t refuse. This marks the second soap role for the 14-year-old Rovello, who appeared as Georgie in a 2003 episode of “All My Children.” Rovello has also guest starred on “Sex in the City and “Ed.” Look for Rovello to make his “OLTL” debut as Justin on January 23rd. Also coming to “OLTL” is Broadway veteran Charlotte D’Amboise, who first airs as new Llanview High Principal Ms. Dickinson on January 9th. The 44-year-old actress has appeared in a number of Broadway productions, including “Cats,” “Carrie,” “Chicago,” and “Damn Yankees.” Other credits include “The Preacher’s Wife,” “The Kennedy Center Honors,” and “Law & Order.” D’Amboise has been awarded several awards and honors throughout her career, and was nominated for Tony Awards in 1989 and 2007. “OLTL” has also cast the recurring role of Asher, who will be involved with Matthew and Cole beginning January 8th, although few other details are available concerning the role. And the sudser is in the process of casting Becca, who will be a love interest for Matthew. “One Life to LIve” airs Weekdays on ABC. Weeknights on SOAPnet. Check local listings.
Scotty Gore