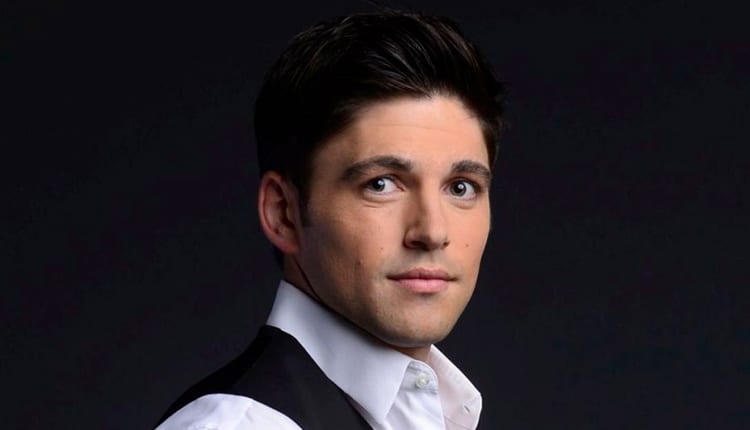 Robert Adamson is returning to “The Young and the Restless.” The soap confirmed today that the actor will appear in the Christmas Day episode (Tuesday, December 25) of the CBS drama series as he reprises the role of Noah Newman. But will Noah be celebrating happy times with the family or gearing up for a battle for survival?

As previously reported, with Nikki Newman’s (Melody Thomas Scott) life hanging in the balance, her family rallies around her and she’ll need all the support she can get, and a Christmas miracle.

Last appearing on the soap in October to commemorate the romantic reunion between parents Nicholas and Sharon (Joshua Morrow and Sharon Case), Noah was quick to leave Genoa City after that escapade fell to pieces.

Adamson was dropped to recurring status last year and the character was said to have relocated to the Mumbai offices of Newman Enterprises. Since leaving the soap earlier this year for greater pastures, the actor has kept himself busy. He’s currently in the development stage of his latest short, “Our Last Day as Children.” In addition to producing and directing, the actor is playing a character named Max Walter in the project.

Editor’s Note (12/21/2018): A previous version of this article indicated that Adamson’s “Y&R” appearance was scheduled for Christmas Eve (Monday, December 24). Due to a national preemption on Wednesday, December 5 (funeral of President H.W. Bush), the actor is now scheduled to appear on the Christmas Day episode.