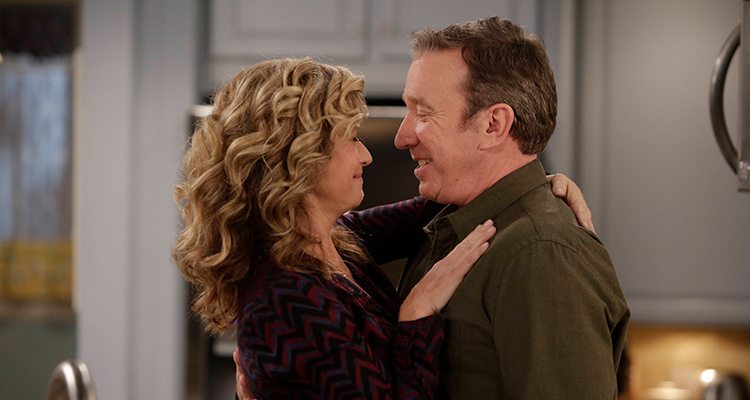 Despite a potential sale of sister studio 20th Century Fox to Disney looming over its head, FOX decided to stick with broader appealing programming for its Fall 2018-19 television season schedule, including the return of formerly canceled ABC sitcom “Last Man Standing,” moving its biggest hit since “Empire,” “9-1-1,” to Monday nights and finally giving “Bob’s Burgers” a primo slot within the animation domination block, following “The Simpsons.”

The network will launch just two new shows in the fall, comedies “The Cool Kids” and “Rel.” At midseason, they will be joined by dramas “The Passage” and “Proven Innocent,” along with a new installment of “Cosmos,” titled “Cosmos: Possible Worlds.” The network will present its newest musical production with “Rent” premiering in January 2019 and “Gotham” launching its fifth and final season that focuses on Bruce Wayne’s (David Mazouz) transformation into the caped crusader.

What follows is the complete FOX Fall 2018-19 Schedule (new shows in bold and italics):

Joining “9-1-1” on Mondays will be “The Resident,” which shifts down an hour. On Tuesday nights, “The Gifted” returns at 8:00 p.m. with “Lethal Weapon” shifting to 9:00 p.m. with new co-lead Seann William Scott joining Damon Wayans after Clayne Crawford was fired earlier this month. Wednesday nights stay intact with “Empire” and “Star” keeping the music alive. FOX paid big to become the exclusive broadcast home of “Thursday Night Football” and the network expects it to pay off as such. On Friday nights, “Last Man Standing” returns to the slot that it held for multiple seasons while on ABC. It’ll be followed by new comedy “The Cool Kids.” On Sunday nights, FOX will continue with extended NFL games as it kicks off its primetime slate that’ll see “Bob’s Burgers” after “The Simpsons” followed by “Family Guy” and new comedy “Rel,” a multi-camera comedy starring Lil Rel Howery as a loving husband and father living in Chicago, who finds out his wife is having an affair, and must rebuild his life as a single father, following his divorce. The comedy also stars Sinbad (“A Different World,” “The Sinbad Show,” “Jingle All The Way”), Jess “Hilarious” Moore (“Wild ’N Out”) and Jordan L. Jones (“NCIS: Los Angeles,” “Wisdom of the Crowd”).

“This year, we launched four of the Top 10 new shows on broadcast, which led to a very strong roster of young series returning for their sophomore seasons. That gives us tremendous momentum heading into the fall,” said Dana Walden and Gary Newman, Chairmen and CEOs, Fox Television Group. “With our increased investment in football, we’re going to use the powerful platform of the NFL to launch our new comedies. We’ll then take some big swings with dramas at midseason, which is a proven strategy for FOX.”

“THE COOL KIDS
From executive producer Charlie Day (“It’s Always Sunny in Philadelphia”) and starring Tony Award nominee David Alan Grier (“The Carmichael Show,” “In Living Color”), Emmy Award nominee Martin Mull (“Veep”, “Roseanne”), Emmy Award winner Leslie Jordan (“Will and Grace,” “American Horror Story”) and Emmy Award winner Vicki Lawrence (“Mama’s Family,” “The Carol Burnett Show”), THE COOL KIDS is a multi-camera comedy about a rag-tag group of friends living in a retirement community who are willing to break every rule in order to have fun – because, at their age, what do they really have to lose.HANK (Grier) is the leader of this motley crew, a gruff, opinionated, 21st century Archie Bunker who will go to any lengths to have a good time. His loyal, but less than helpful, friends include CHARLIE (Mull), a bumbling storyteller who constantly goes off on tangents about some bizarre, barely believable episode from his life; and SID (Jordan), a naysaying, pill-popping hypochondriac who shoots down every scheme, but still gets roped in. Complicating matters is MARGARET (Lawrence), a brash, confident woman who forces her way into their group and refuses to leave because she’s not going to take crap from anyone – especially not these three. But what unites them all is their shared belief that they’re not done yet – not by a long shot. Growing old with dignity is for chumps. Our self-proclaimed “cool kids” are determined to make the third act of the lives the craziest one yet.

“LAST MAN STANDING”
Multi-cam comedy LAST MAN STANDING, starring Tim Allen, comes to FOX. A fan-favorite for six seasons, LAST MAN STANDING stars Allen as MIKE BAXTER, a married father of three girls, who tries to maintain his manliness in a world increasingly dominated by women. Produced by 20th Century Fox Television, the series also stars Nancy Travis, Jonathan Adams, Amanda Fuller, Christoph Sanders and Jordan Masterson. “Last Man Standing” averaged 8.3 million viewers in Live + 7 ratings for the 2016-2017 season on ABC. It was the network’s second most-watched comedy, after “Modern Family.” Among the key Adults 18-49 demographic, the series averaged a 1.7/7. The series ranked as the No. 1 new program across all syndication when it debuted off-net during the 2016-2017 season.

“REL”
Based on the life of Lil Rel Howery (“Get Out,” “Insecure,” “The Carmichael Show”), REL is a multi-camera comedy starring Howery as a loving husband and father living on the West Side of Chicago, who finds out his wife is having an affair. And not just any affair. An affair with Rel’s own barber. Quite easily the worst person for your wife to sleep with, because as hard it is to find a good spouse, it’s even harder to find a reliable barber. Plus, with the barbershop being one of the epicenters of neighborhood gossip, Rel finds his embarrassing business is known by everyone, including the Pastor (also played by Howery), before Rel can even process the emotions himself. Offering Rel support – that is, when they themselves aren’t butting heads – are Rel’s tough-talking, no-B.S. best friend, BRITTANY (Jess “Hilarious” Moore, “Wild ’N Out”), and his recently out-of-jail younger brother, NAT (Jordan L. Jones, “NCIS: Los Angeles,” “Wisdom of the Crowd”), as well as Rel’s prideful DAD (Sinbad, “A Different World,” “The Sinbad Show,” “Jingle All The Way”), who perhaps has taken the barber news even harder than Rel. After his beloved kids move to Cleveland with their mom, Rel must begin the difficult task of rebuilding his life as a long-distance dad. He also jumps back into the dating pool – and often finds himself the victim of his own well-intentioned hubris. But, ever the optimist, he continues his search for love, respect…and a new barber.

“THE PASSAGE”
Based on author Justin Cronin’s best-selling trilogy of the same name, THE PASSAGE is an epic, character-driven thriller written by Liz Heldens (“Friday Night Lights”). Executive-produced by Emmy Award winner and Academy Award and Golden Globe nominee Ridley Scott (“The Martian,” “Gladiator”) and writer/director Matt Reeves (“Dawn of the Planet of the Apes,” “Cloverfield”), THE PASSAGE focuses on Project Noah, a secret medical facility where scientists are experimenting with a dangerous virus that could lead to the cure for all disease, but also carries the potential to wipe out the human race. When a young girl, AMY BELLAFONTE (Saniyya Sidney, “Fences,” “Hidden Figures”) is chosen to be a test subject, Federal Agent BRAD WOLGAST (Mark-Paul Gosselaar, “Pitch”) is the man who is tasked with bringing her to Project Noah. Ultimately, however, Wolgast becomes her surrogate father, as he tries to protect her at any cost. Brad and Amy’s journey will force them to confront Project Noah’s lead scientist, MAJOR NICHOLE SYKES (Caroline Chikezie, “The Shannara Chronicles”), and the hardened ex-CIA operative in charge of operations, CLARK RICHARDS (Vincent Piazza, “Boardwalk Empire,” “Rescue Me”), whom Brad trained. It likewise brings them face-to-face with a dangerous new race of beings confined within the walls of Project Noah, including former scientist TIM FANNING (Jamie McShane, “Bosch,” “Bloodline,” “Sons of Anarchy”) and death-row inmate SHAUNA BABCOCK (Brianne Howey, “The Exorcist”). In seeking out any allies he can find, Brad also turns to his former wife, DR. LILA KYLE (Emmanuelle Chriqui, “Entourage,” “Murder in the First”), for help. But as Project Noah’s scientists hone in on a cure that could save humanity, these new beings begin to test their own powers, inching one step closer to an escape that could lead to an unimaginable apocalypse.

“PROVEN INNOCENT”
Emmy and Golden Globe Award winner Danny Strong (EMPIRE) partners with David Elliot (“Four Brothers”) to tell the emotional story of one woman’s fight for the innocence of others, as well as her own. PROVEN INNOCENT follows an underdog criminal defense firm led by MADELINE SCOTT (Rachelle Lefevre, “Under the Dome,” “A Gifted Man”), a fierce and uncompromising lawyer with a hunger for justice. There is no one who understands the power of setting an innocent person free more than Madeline. At age 18, she was wrongfully convicted, along with her brother, LEVI (Riley Smith, “Frequency”), in a sensational murder case that made her an infamous media obsession, a household name and a national cause c鬨bre. Madeline runs the firm with her partner, EASY BOUDREAU (Russell Hornsby, “Seven Seconds,” “Grimm”), the very lawyer who helped set her free after seven years in prison. Their team also includes investigator BODIE QUICK (Vincent Kartheiser, “Mad Men”) and communications director VIOLET BELL (Tony Award winner Nikki M. James, “BrainDead,” “The Good Wife,” “The Book of Mormon”), who runs a true-crime podcast that follows each investigation. While a hero and a victim to some, Madeline’s bold and bullish tactics earn her a number of enemies – especially GORE BELLOWS (Brian d’Arcy James, “13 Reasons Why,” “Spotlight”), the prosecutor who initially put her away and still believes in her guilt. Despite Bellows’ ceaseless quest to see her behind bars again, Madeline will continue to defend others, even as she fights to maintain her innocence and searches for the real killer in her own case.

“COSMOS: POSSIBLE WORLDS”
Airing as a global event on FOX and National Geographic, the Emmy and Peabody Award-winning COSMOS will return for its third season in Spring 2019. It will once again be executive-produced, written and directed by Ann Druyan (NASA’s Voyager Record, “Cosmos: A Personal Voyage,” “Contact”) and executive-produced by Seth MacFarlane (FAMILY GUY, THE ORVILLE, COSMOS: A SPACETIME ODYSSEY), Brannon Braga (THE ORVILLE, COSMOS: A SPACETIME ODYSSEY), who also is co-writer and director of the series, and Jason Clark (THE ORVILLE, COSMOS: A SPACETIME ODYSSEY). Neil deGrasse Tyson, the famed pop-culture icon, astrophysicist and host of the Emmy Award-nominated “StarTalk,” will return as host. Co-created by the legendary astronomer Carl Sagan and Ann Druyan in 1980, COSMOS has transported a global audience to the farthest reaches and most deeply hidden recesses of the universe. In the course of those journeys, the series has examined the real stories of the forgotten searchers who helped us understand our place in the universe. Following the wildly successful second season, COSMOS: A SPACETIME ODYSSEY, seen by more than 135 million people worldwide on National Geographic and FOX, and the most-watched series ever on National Geographic Channels internationally, the new season, COSMOS: POSSIBLE WORLDS, will premiere in the U.S. on both FOX and National Geographic and globally on National Geographic in 180 countries and 43 languages. Continuing the legacy of its predecessors, COSMOS: POSSIBLE WORLDS will translate the revelations of science into a lavishly transporting experience, taking audiences on a series of spiritual voyages of exploration. We are living in the golden age of discovery of new worlds to explore and possibly inhabit. In the vastness of time and the immensity of space, their number and the stories they contain are virtually infinite. The new season will reveal previously uncharted realms, including lost worlds and worlds to come, and those that we may one day inhabit in a thrilling future we can still have. In conjunction with the launch of the new season, National Geographic Books also will publish a companion book, COSMOS: POSSIBLE WORLDS, by Ann Druyan, the long-awaited follow-up to Carl Sagan’s historic international bestseller, COSMOS: A Personal Voyage.