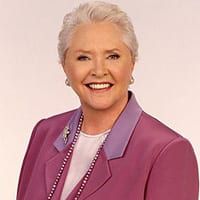 For the first time in 38 years, America will experience a total solar eclipse on Monday, August 21. In anticipation of the historic event, the broadcast networks, or in some instances, a number of their affiliated stations, will pre-empt regularly scheduled programming for live coverage.

An NBC representative confirms that “Days of our Lives” will be affected in some markets, particularly those in the path of totality who are planning to air local coverage, but the show will air an all-new episode as scheduled.

ABC will pre-empt programming for live coverage of the eclipse with a special dubbed “The Great American Eclipse” sponsored by the all-new 2018 Mitsubishi Eclipse Cross CUV from 1:00 p.m. to 3:00 p.m. EDT. As a result, the network has scheduled a repeat episode of “General Hospital” to air in markets not affected by eclipse coverage, including stations that air the show at 3:00 p.m. and the mountain and pacific time zones. The encore episode originally aired on July 25, 2017 (#13853) and found Nina pushing for justice, while Jason kept Carly abreast with what was going on just as Sam confronted Sonny. The episode will also be available online, Hulu and the ABC App.

UPDATE w/Correction: CBS will be airing live coverage of the total solar eclipse beginning at 1:00 p.m. EDT with the CBS News special report “Solar Eclipse 08.21.17.” An all-new episode of “The Bold and the Beautiful” will air in place of “The Young and the Restless” at 12:30 p.m. EDT. Daytime’s top soap will be pre-empted entirely along with a previously scheduled re-run of “The Talk.”

PREVIOUS: A rep for CBS tells Soap Opera Network that news coverage is anticipated, but not yet finalized. Therefore, at this time “The Bold and the Beautiful” is currently scheduled to air as originally planned, but fans should expect pre-emptions for “The Young and the Restless.” Meanwhile, with “The Price is Right,” “Let’s Make a Deal” and “The Talk” all currently in repeats, pre-emptions won’t impact normal viewing. Up-to-date scheduling will be posted on CBS’ social media channels for “Y&R” and “B&B” as coverage of the eclipse approaches.

“On Monday, August 21, 2017, all of North America will be treated to an eclipse of the sun,” reports NASA on its website. “Anyone within the path of totality can see one of nature’s most awe inspiring sights – a total solar eclipse. This path, where the moon will completely cover the sun and the sun’s tenuous atmosphere – the corona – can be seen, will stretch from Salem, Oregon to Charleston, South Carolina. Observers outside this path will still see a partial solar eclipse where the moon covers part of the sun’s disk.”

The agency, further states, “The first point of contact will be at Lincoln Beach, Oregon at 9:05 a.m. PDT. Totality begins there at 10:16 a.m. PDT.  Over the next hour and a half, it will cross through Oregon, Idaho, Wyoming, Montana, Nebraska, Iowa, Kansas, Missouri, Illinois, Kentucky, Tennessee, Georgia, and North and South Carolina.  The total eclipse will end near Charleston, South Carolina at 2:48 p.m. EDT.  From there the lunar shadow leaves the United States at 4:09 EDT.  Its longest duration will be near Carbondale, Illinois, where the sun will be completely covered for two minutes and 40 seconds.”