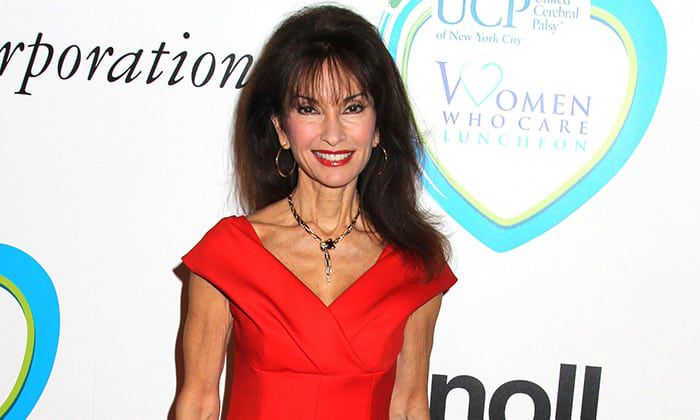 Susan Lucci Takes on The Kardashians

Now that Katie Logan (Heather Tom) and Wyatt Spencer (Darin Brooks) have been getting a little intimate on CBS’ “The Bold and the Beautiful,” it’s expected that fans of both Brill (Katie and Bill) and Statt (Steffy and Wyatt) would be upset. But to call for the real-life firing of Katie’s portrayer? That’s definitely crossing the line between reality and “reality.”

“I don’t get it. Root for Katie, root for Brill. That’s fine. That’s soaps. You are meant to do that, but when it’s about my job? That’s me. That’s real life. It’s just mean,” wrote Tom on Twitter in response to outcry from a fan(s) over the pairing of Katie with Wyatt.

“People say mean stuff because they hide behind their computer screens,” said co-star Rena Sofer, who portrays Wyatt’s mother, Quinn Forrester, in response to Tom’s tweet. “They’d never say it to your face. They are ignorant and unhappy. I think you’re awesome!”

“Back atcha Rena! I can’t wait for what is surely coming up! One question though…can I call you mom? KIDDING! Please don’t kill me!!” responded Tom, referencing Quinn’s killer instincts.

Changing the top back to the storyline, Tom said, “Anyway, enough about that. Thanks to everyone who is digging #watie and even those not on board yet. You gotta admit, the look on Bill’s face is gonna be priceless.”

The look on Bill’s (Don Diamont) face will definitely be worth it as long as people remember that what they see on-screen is just a soap. The characters are fictional, but the people playing them are real.

I think he more than deserves it!!!! #watie #BillsGonnaBustaGasket

Ppl say mean stuff bc they hide behind their comp screens. They'd never say it to yr face. They are ignorant and unhappy. I think yr awsme!

.@RenaSofer back atcha Rena! I can't wait 4 what is surely coming up! One question tho…can I call you mom? KIDDING! Please don't kill me!!