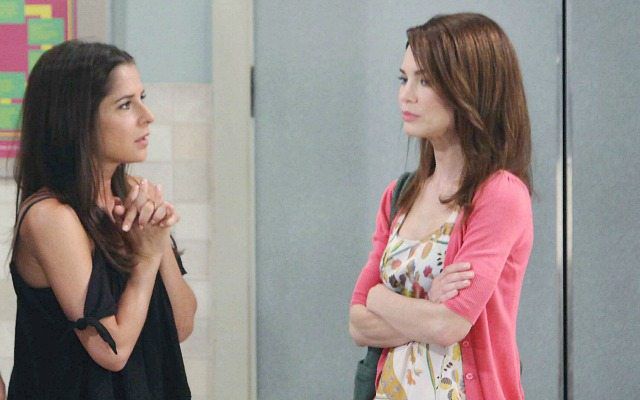 Congratulations are in order for “General Hospital” star Teresa Castillo (Sabrina Santiago) and her husband, Shane Aaron. The two welcomed a new addition to the family with the birth of their second child, a son.

While details of the birth have not been released, including the name and exact date of birth, Castillo shared the first photo of the bundle of joy on her Instagram page with the caption, “Bliss.”

In addition to their son, Castillo and her husband have a daughter — Victoria Milani, who was born on May 29, 2014.

In July 2015, Castillo announced that she was pregnant, giving the soap ample time to write her character off the canvas — Sabrina recently left Port Charles alongside the real father of her child, Carlos Rivera (Jeffrey Vincent Parise).

No word yet on when fans can expect to see Castillo back on “GH.”