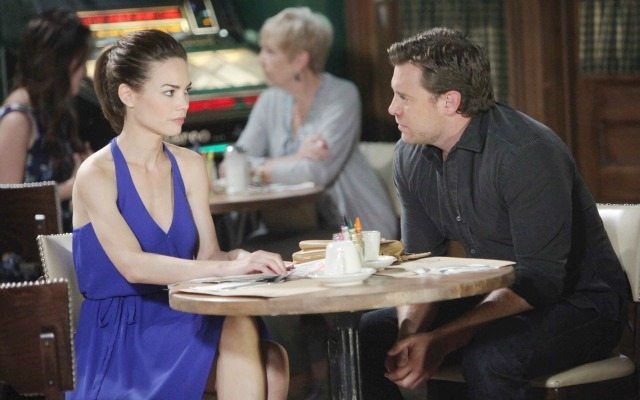 Monday, January 11
Liz and Jason realize someone is trying to scare them.
Hayden is impressed by Nikolas’ romantic insight.
Maxie is concerned about Lulu’s visitor.
The doctor taking over his case does not impress Sonny.

Tuesday, January 12
Sonny gives Michael advice that he takes to heart.
Anna pulls out all the stops, as she grows increasingly certain that Sabrina knows of Carlos’ whereabouts.
Kiki wonders if Ava is in trouble with the law yet again.
Morgan wants to do something to make his family proud of him.

Wednesday, January 13
Johnny puts his master plan with Valerie into motion.
Anna confesses to Jordan that she believes Paul is the party responsible for covering up Carlos’ “non-death.”
Carlos makes a heartfelt appeal to Sabrina.
Maxie has something to confess.

Thursday, January 14
Lulu’s guilt gets the best of her, as she starts to realize that there is no simple solution to repairing her and Dante’s marriage.
Anna seeks out Robert for his help.
The success of Crimson’s Green Issue puts the tax-dodging Julian on edge.
Alexis nixes the idea of an engagement party.

Friday, January 15
Johnny’s plans for Valerie puts her life in jeopardy.
Incriminating photos of Johnny and Lulu turn up at the PCPD.
Sam uses her considerable detective skills to uncover the truth about Nikolas’ fall.
Hayden’s head and heart are in conflict.