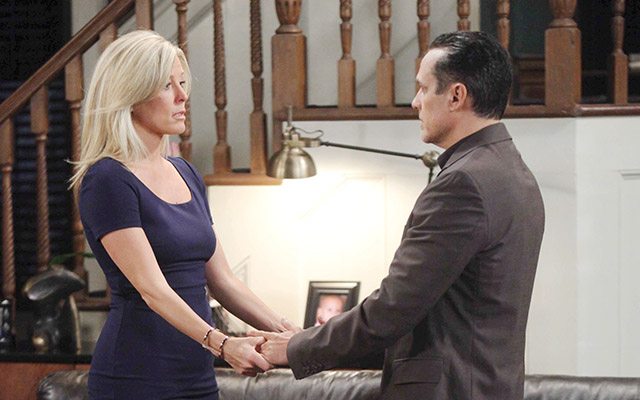 Maurice Benard (Sonny Corinthos), Laura Wright (Carly) and a group of other “General Hospital” stars have released a happy holidays video to fans, that’s filled with smiles, a little singing and a whole lot of cheer.

Next up, the matriarch and patriarch of la familia Corinthos.

“Hey you awesome GH fans. Have a happy and healthy holiday season,” says Wright.” “And all the best in 2016,” adds Benard with a big, dimpled smile.

There’s even an appearance by Derk Cheetwood (Max), who sends greetings “from all the wise guys” at GH. Then, Emme Rylan (Lulu) and Brandon Barash (Johnny), who are donning a New Year’s Eve hat and 2016 glasses, send their wishes to all — along with a kiss.

Watch the full video below:

And check out this bonus video of young David sharing his thoughts on “the real Santa” below: