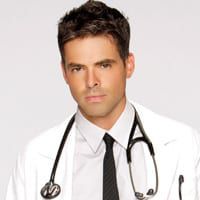 As a result of President Barack Obama addressing the nation for his last press conference of 2015, ABC was forced to pull an original episode of “General Hospital” today, which was all but set to air until Nathan Varni, Manager, Current Series, Scripted, announced plans to pull it citing the importance of the current storyline. The episode will now air on Monday, December 21 and an original episode will air on Christmas Eve (Thursday, December 24) in place of a previously scheduled encore.

In a statement the network said, “Due to today’s White House press conference, we will be doing a full pre-empt in all markets of “General Hospital” today. The encore episode slated for 12/24 (episode 13442, the Thanksgiving episode), will air today in those markets not impacted by the President’s press conference.

“Today’s episode, #13457, will move to Monday and push next week’s episodes back by one day. In an effort to stay on schedule story wise in the New Year, the encore slated for 12/24 will now be an original episode: #13460, the Christmas Eve episode.”