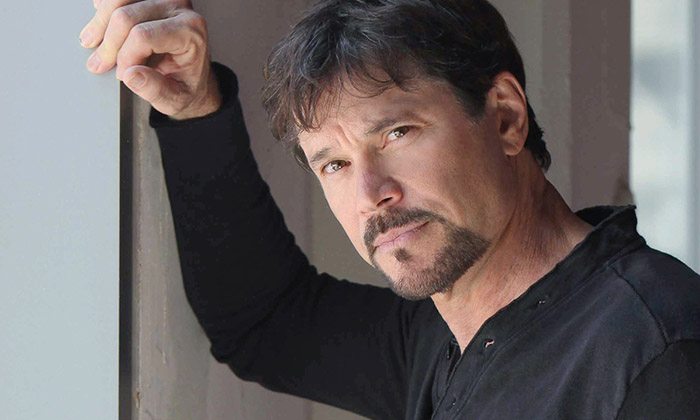 Returning for “Days of our Lives'” 50th anniversary, after three years away from the soap, proved to be more fun than Peter Reckell (Bo) ever expected. In an NBC video interview, the actor said he found the show “so engaging” that it was “a little difficult for me to leave.”

Reckell, who agreed to come back to resolve Bo’s story, after the show’s previous writing regime had his character disappear without a proper sendoff, obviously didn’t know what to fully expect from new head writers’ Josh Griffith and Dena Higley. What he learned, however, was that the scripts and storytelling were exceptional.

“The surprises are really kicking butt,” said Reckell, whose Bo was quickly revealed to be a prisoner in a dungeon, where he had been tortured for years. Then, thanks to his best buddy Steve, was tracked down, freed, and able to return to Salem the day of Hope’s wedding.

“It’s amazing daytime drama,” said Reckell, who’s seen the medium go from having major bucks to spend on location shoots at Oak Alley Plantation and in London to budget constraints keeping all the action in house. “The thing that I’m so proud of with these writers, especially right now, is that they have been able to do that cost saving and still have a story that is so engaging.”

As the story wrapped, it looked like Reckell might have been having second thoughts about only resurrecting Bo for a limited run. “I’m like, ‘Hey, this is fun. I’m back in the sandbox. I want to play some more,'” he admitted.