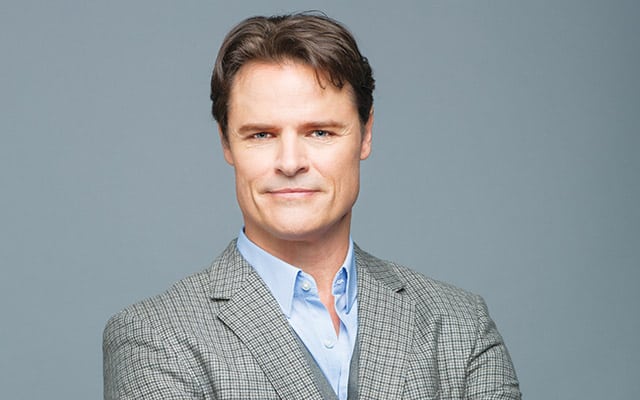 Actor Dylan Neal (ex-Dylan Shaw, “The Bold and the Beautiful”) will star in the Hallmark Movies & Mysteries original movie “Gourmet Detective,” based on the series of books by Peter King. Neal, who co-wrote the script along with his wife Becky Southwell, will also serve as an executive producer. The movie is set to premiere sometime this spring and is the first of three planned for the cable network.

When he’s not writing and appearing in original movies, Neal can be seen starring opposite Andie MacDowell in Hallmark Channel’s “Debbie Macomber’s Cedar Cove,” the most watched original series in the network’s history. “Cedar Cove” is scheduled to launch its third season sometime in July on Hallmark Channel.