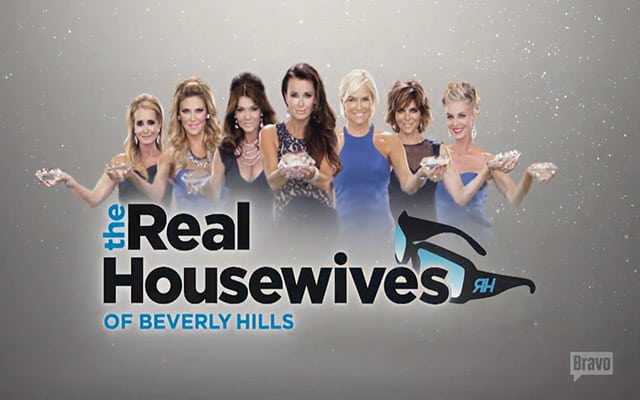 While Bravo’s “The Real Housewives” reality franchise has always been considered an unscripted soap, tonight marks the first time a current soap star will be seen as a regular when “The Young and the Restless” and “Days of our Lives” actress Eileen Davidson joins the group of women in “The Real Housewives of Beverly Hills.”

In a promo highlighting her debut, Davidson is seen catching up with friend and former “DAYS” co-star Lisa Rinna, who recalls when the two first met during the 1980s, while Rinna was dating one of Davidson’s then “Y&R” castmates. The two would later appear on “DAYS” together in scenes in 1994. In addition to the promo, watch what the other women of Beverly Hills have to say about Davidson. Many of the comments aren’t nice.

Watch the clips below:

WHAT DO THE HOUSEWIVES THINK OF EILEEN?

“The Real Housewives of Beverly Hills” airs Tuesdays at 9:00 PM ET/PT on Bravo.