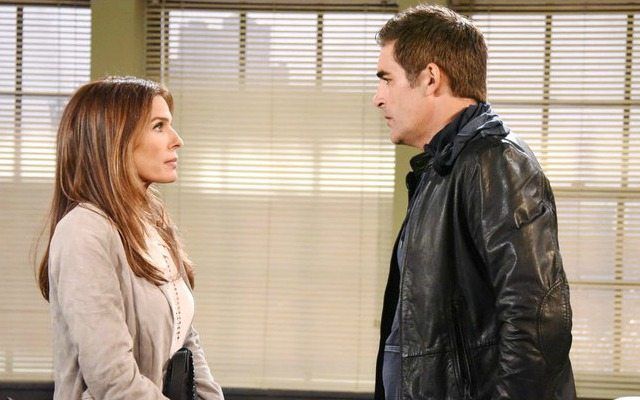 “It’s impossible to forget Samantha Brady!” declared Caroline (Peggy McCay) on yesterday’s episode of “Days of our Lives,” exactly mirroring the thoughts that many of the sudser’s fans have had on their minds leading up to star Alison Sweeney’s last episode today. Many tears have been shed (both onscreen and off), but was the character’s exit really movie magic? Or would a completely different ending been the way to go?

When Sweeney announced her intention to wrap up her near 22-year stint as “DAYS’” Samantha Brady, viewers knew it was only a matter of time before the character would be exiting the canvas. And the long-awaited-yet-mostly-dreaded moments finally played out this week, culminating into a final goodbye on today’s episode.

The emotional scenes of the past few weeks featured Sami in the throes of grief after a shooting took the life of her love, EJ (James Scott). But a light at the end of the tunnel came in the form of a movie deal centering around the blonde’s life. Preparing to head to Los Angeles — at least for six months, she announced — Sami packed up and began saying her heartfelt goodbyes to everyone in Salem, including former hubby, Rafe (Galen Gering), her grandma, Caroline, her brother, Eric (Greg Vaughan), and mother, Marlena (Deidre Hall). She also shared a tense yet rather mature (especially for Sami) goodbye with Abigail (Kate Mansi), who’d recently had an affair with EJ.

So what did you think of the movie-deal story that ushered Sweeney and her alter ego off the canvas? Was it what you expected for such an integral character? Could the show have wrapped up her time in a better way? And did it work in conjunction with EJ’s exit off the canvas? Let us know in the poll and comment section below!