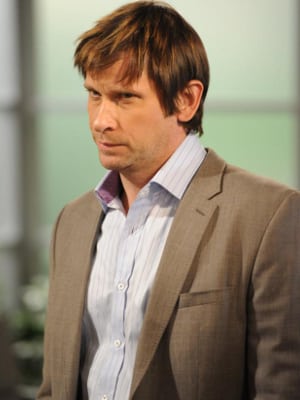 According to Deadline and TV Line, “General Hospital’s” Roger Howarth (Franco) has joined the cast of The CW’s “The Flash,” the most watched new series in the network’s history, in the recurring role of Mason Bridge, an award-winning reporter from the Central City Picture News.

While a first airdate for Howarth has not been set at press time, the actor, who previously recurred on Showtime’s “Californication,” will find his character assigned to shepherd new employee Iris West (Candice Patton), but their relationship will become complicated when Bridge begins to investigate Barry Allen’s, aka The Flash (Grant Gustin) mentor, Dr. Wells (Tom Cavanagh).

“The Flash” is the origin story of the DC Comics character of the same name and hails from Warner Bros. Television and Berlanti Productions. The series airs Tuesdays at 8:00 PM ET/PT on The CW.

Howarth can be seen daily on ABC’s “General Hospital.”