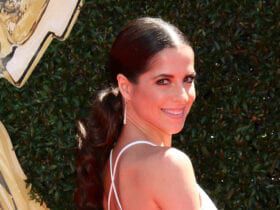 Though convinced that Adam is still alive, Chelsea found herself slowly falling into the arms of — and later into bed with — Billy. Later feeling she was too involved with her ex-best friend’s ex, Chelsea broke it off with Billy to spend some time in Los Angeles. Meanwhile, Billy began working with Jack (Peter Bergman) at Jabot.