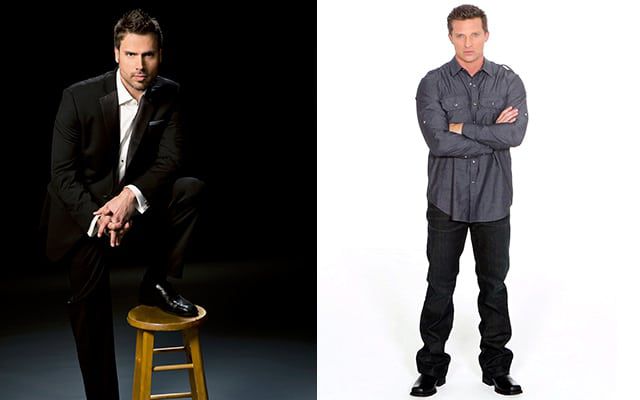 “Devious Maids'” Susan Lucci (Genevieve Delatour) famously received a record 19 Daytime Emmy Award nominations in the category of Outstanding Lead Actress in a Drama Series for her portrayal of Erica Kane on ABC’s “All My Children” before finally taking home the golden statue for the first and only time on Friday, May 21, 1999, after Shemar Moore (ex-Malcom Winters, “The Young and the Restless”) declared, “The streak is over… Susan Lucci!”

In a guest column written for Nikki Finke in Hollywood by Kurt Sutter, creator of FX’s popular “Sons of Anarchy,” the writer, producer, director and actor says the “Lucci Factor” has plagued his series from ever receiving a nomination in the major categories of the Primetime Emmy Awards, including this year’s nomination list, after six seasons on the air. In addition to the show itself, none of its stars or talented crew have ever received Emmy nominations for their works on the biker hit.

“It’s the ‘Lucci Factor.’ You gain more fame, respect and admiration the more your efforts are ignored. If you win gracefully, you’re famous. If you lose loudly, you’re infamous. I, unfortunately, fall into the later category.” Sutter added, “Now, let me be clear… That’s not to say that I don’t want to win an Emmy. I absolutely do. More than anything. Any artist who tells you they don’t want to be acknowledged and awarded by their peers is a fat f—–g liar. I’m not sure why they have to be fat, but you get the point.

“But here’s the rub — I know on an intellectual level that the Emmys are not and have never been a valid qualifier of talent. I know the people who vote are busy industry people with limited time and departmental biases (Costumers, Production Designers, Makeup, etc.). Throw in the fact that studios and networks spend millions on Emmy campaigns to influence votes, and you end up with a very flawed system where most folks rush to fill in circles for friends and shows they’ve seen once or twice or ‘heard’ were really good.”

While Sutter’s comments are directly related to the Primetime Emmys, which are administered by The Television Academy (ATAS), the same can still hold true for the Daytime Emmy Awards, which are administered by The National Academy of Television Arts & Sciences (NATAS). Soap Opera Network recently published a piece on how important the Daytime Emmys are, or aren’t, from those who would know the inner workings of how the nomination process works.

For more on Sutter’s comments on the Primetime Emmys and the lack of acknowledgement his series has received from the Television Academy this and every year, click here.