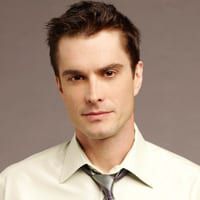 The 2014 Winter Olympics are now underway, so it’s time for an Olympics edition of Tweet This, Tweet That! Each week we compile some of the most hilarious, thought-provoking, controversial, or interesting tweets from some of daytime’s most popular stars.

This week some of the world’s best athletes have traveled to Sochi, Krasnodar Krai, Russia to compete in the Winter Olympics. However, due to Russia’s questionable ethics on homosexuality and Sochi’s less-than-stellar accomodations, this year’s Winter Olympics has become one of the most controversial in recent years. Which of your favorite soap actors are being Olympics fans? And which have flat out refused to watch the Olympics due to these controversies? Check it out in this week’s Tweet This, Tweet That!

Good luck to all athletes competing at the Winter #Olympics in Sochi. Go #TeamUSA!!

And, yes, I shall watch the Olympics! Hope everything goes well over there! Great athletes!

“General Hospital” baddies Jerry Jacks and Julian Jerome may have evil intentions on the show, but their portrayers seem very concerned with Russia’s ethics. Both Sebastian Roché and William deVry agree that Sochi was a poor choice to host the Winter Olympics.

Despite the politics involved, Michael Damian (ex-Danny Romalotti, “Y&R”) seemed to enjoy the Opening Ceremony, which featured more than 3,000 dancers and acrobatic performers.

Yet Nancy Lee Grahn (Alexis Davis, “GH”) still questioned the decision to have the Olympics in Sochi.

Heard the 5th ring didn’t light up in the #OpeningCeremony This is what happens when u exclude gays from design and lighting. #Olympics2014

However, as the Winter Olympics got underway, your favorite daytime stars began rallying behind the USA athletes. On Saturday, February 8, snowboarder Sage Kotsenburg became the first athlete to bring gold home to the USA this year. And Hunter Tylo (Taylor Hayes, “The Bold and the Beautiful”) was impressed.

Former “One Life to Live” actress Jessie Malakouti (ex-Dusky), who now goes by the performer name EDEN, was rooting for Team USA in the figure skating competition.

IMO @ashwagner2010‘s short skate had the most feeling and style. You go girl, you got heart! #winterolympics

The real winners this week will be the impressive athletes that take medals back to their home countries, but we have a winner here at Soap Opera Network too! The winner of this week’s Soap Opera Network Tweet of the Week, or #SONTOTW, is Eric Roberts (ex-Vance Abrams, “Y&R”)! He tweeted a very good question! Please let us know if that works, Eric!

If I eat the greatest pie ever from @PiBakeshop & watch THE OLYMPICS, can the athletes burn it off for me?

Do you have a topic you’d like to see covered in Tweet This, Tweet That? Let us know in the comments below and we’ll be sure to cover it! 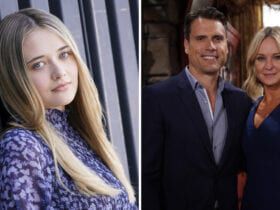 This week on "The Young and the Restless," a family faces a living nightmare while love in the afternoon gets hot and heavy between an Abbott and a Winters. Find out what to expect, and when to tune in.