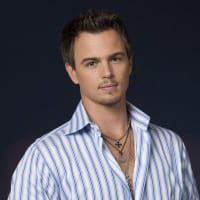 As previously reported, soap stars Cameron Mathison (ex-Ryan Lavery, “All My Children”) and Jack Wagner (ex-Frisco Jones, “General Hospital;” ex-Dominick Marone, “The Bold and the Beautiful”) are set to star in the Hallmark Movie Channel Original movie, “My Gal Sunday,” which premieres tonight at 9:00 PM ET on the cable network.

The romantic drama (based off the book of short stories of the same name by New York Times bestselling author  Mary Higgins Clark) centers around an irresistible sleuthing duo, Sandra “Sunday” O’Brien-Parker (actress Rachel Blanchard), a renowned attorney and private investigator and her newlywed husband and sleuthing partner, Henry Parker (Mathison), whose deep political ties and endearing romance put them at the center of intrigue and scandal.  When Parker’s mom, Miriam (Janet Laine Green, “She’s the Mayor”), and Sunday’s dad, Danny (Wagner), are suddenly kidnapped on their way to a high-profile family event, Parker and Sunday are immediately on the case — and this time, it’s personal.

For a video preview of the film, click here. 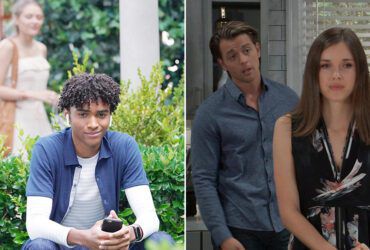