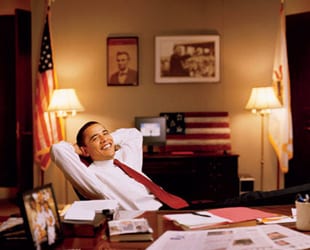 Due to a White House press conference, ABC’s “General Hospital” will be preempted today, December 20, 2013. As a result, episodes will be pushed back and today’s previously scheduled original will instead air on Monday, December 23. In a statement, ABC says, “We apologize for any inconvenience and hope you’ll tune in Monday for a fantastic episode!”

Despite the push back, “GH” will still air a rebroadcast of the December 2, 2013 episode on Tuesday, December 24. The show will be preempted again on Christmas Day (Wednesday, December 25), while new episodes are still scheduled to air on Thursday, December 26 and Friday, December 27. The soap won’t sync up with its original airing schedule for a number of weeks.