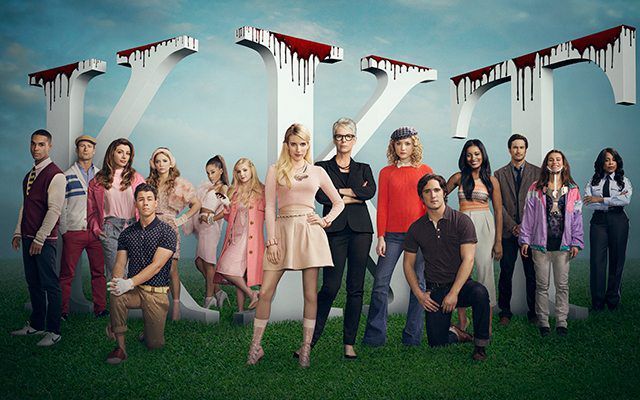 Fans of ABC’s “Revenge” might recall that the primetime soap ended on several cliffhangers, one of which was Victoria Grayson (Madeline Stowe) coming face to face with her forgotten son, Patrick. While we didn’t get to see his face, there’s a perfectly good reason why. The soap only just cast the actor to take on the role! On Friday, July 12, it was announced that Justin Hartley (“Passions,” “Arrow”, “Emily Owens M.D.,” “Smallville”) would portray the character that could be the saving grace Victoria needs in light of some family controversies and murders, or he could be the devil ready to get his own revenge on mommy dearest.

Shortly after news broke, Hartley tweeted, “So…just had a table read with the cast of #Revenge. I’m tellin’ you…they’re all great. Talented, kind, fun, funny and pretty fine lookin’ too. Happy to be a part of it!” The actor retweeted an image posted by co-star Gabriel Mann (Nolan Ross) showing the men “Revenge” on a break during their table read. The image included Joshua Bowman (Daniel Grayson), Nick Wechsler (Jack Porter), Barry Sloane (Aiden Mathis) and Hartley. Mann previously tweeted a warm welcome for Hartley. In his tweet he said, “lets give @Hartleyjustin a warm @revenge welcome! He’s gonna be swimming w some serious #Hamptons sharks this summer. #WhoIsPatrick #S3.”