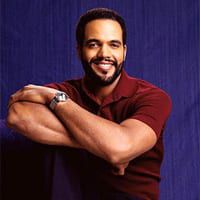 On Sunday, June 16, during “The 40th Annual Daytime Entertainment Emmy Awards,” Doug Davidson took home the Emmy Award in the category of Outstanding Lead Actor in a Drama Series.

Davidson’s win marks his first in this category and first Emmy Award overall. Davidson joined the cast of “Y&R” in 1978 as the investigative Paul Williams.