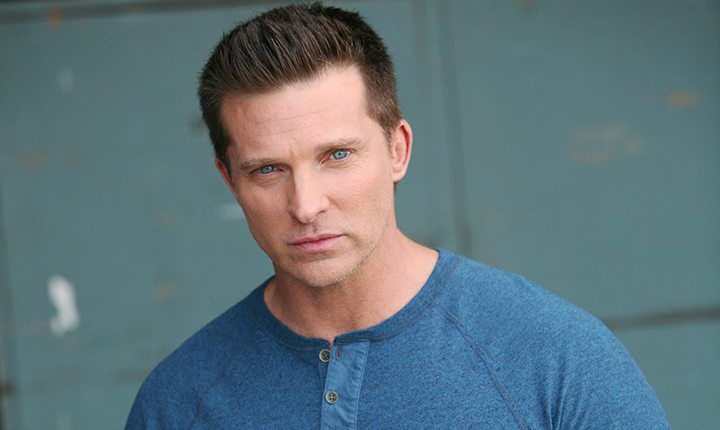 There are lots of questions surrounding the Monday, April 29 launch of “All My Children” on The OnLine Network (TOLN), the main one being, “What can we expect?” Debbi Morgan (Angie Hubbard), Darnell Williams (Jesse Hubbard) and David Canary (Adam Chandler) took that question by storm during the show’s first official photo shoot in February, and while they couldn’t reveal storyline details, the three stars did open up about the high number of new and young faces on the show, how the shorter 30-minute time slot will affect their acting and how they feel about the women who hold Pine Valley’s future in their hands.

First thing’s first: Fans aren’t the only ones who have noticed that there are many brand new faces on the rebooted version of the show; the vets are quite aware that they’re sharing the pool with many daytime newbies — including Ryan Bittle (JR Chandler), Eric Nelsen (AJ Chandler), Jordan Lane Price (Celia Fitzgerald), Sal Stowers (Cassandra Foster), Denyse Tontz (Miranda Montogmery) and Robert Scott Wilson (Peter Cortlandt). “Television is usually geared to a younger audience nowadays, and it was certainly in the minds of the new production company to infuse [“AMC”] with a little more youth,” explains Williams of the shift, adding that rather than bringing in a ton of new characters, it made sense for the producers to age familiar ones that already existed. “It’s called ‘All My Children,’ and that’s what it is turning out to be.”

But if you’re a fan who’s worried that the soap will more resemble a TeenNick show than the Pine Valley you’re used to, Williams says not to worry: “You have to have a sort of even balance, and if you’re going to run the show properly, you have to keep that balance.”

And if anyone can seamlessly integrate the youth-centric storylines with the classic stories soap fans love, Williams and Morgan say it’s their new executive producer, Ginger Smith, and the show’s creator, Agnes Nixon, who’s back to help with story direction. “It was a shame and a sin for [Agnes]… not to be able to have her participation and her input into the show [for such a long time while it was on ABC],” Morgan shares. “And now, to have her back with us, we really feel okay. We know we’re going to succeed.”

Adds Williams: “We’ve got our captain at the helm… Back to basics, back to her wonderful storytelling. And we’ve also got Ginger Smith executive producing… and she is so excited about this.”

But what about the show’s new 30-minute per day, four days a week format? It’ll be more manageable for fans to digest — and Morgan says it’ll be easier for Canary to digest, as well. “It [means] a lot less lines for him to memorize!” she says with a laugh, prompting Canary to pipe up and joke: “Maybe I could root for a 20-minute show.”

But in reality, the new format and shooting schedule has been a bit of an adjustment, especially for those who have been on the show for many years. “I’m loving this, but it’s hard work,” Canary admits. “And the older we get, the harder it gets.”

But that’s not necessarily a complaint, because Canary, Morgan and Williams are just happy that “AMC” is back — hectic shooting schedule and all. “I can’t tell you how unbelievable it is,” Morgan says. “It’s like the stars all in alignment.”