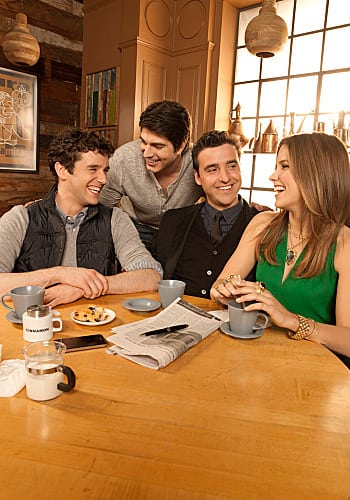 According to a report by Deadline.com‘s Nellie Andreeva, CBS has canceled freshman comedy “Partners” after the program hit a new series low in the coveted Adults 18-49 demo (1.8 rating) this past Monday. The series starred Brandon Routh (“One Life to Live”), Michael Urie (“Ugly Betty”), David Krumholtz (“Numb3rs”) and Sophia Bush (“One Tree Hill”). The series was based on the lives of creators David Kohan and Max Mutchnick as two life-long friends and business partners whose “bromance” is put to the test when one of them becomes engaged.