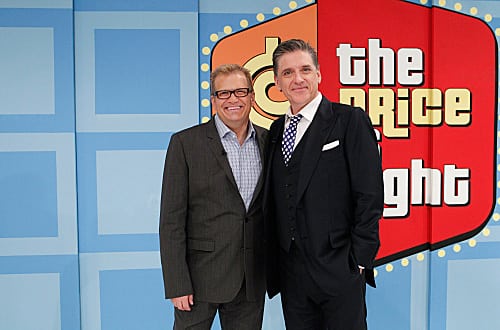 Search Will Air as a Five-Episode Web Series Competition on PriceIsRight.com and Youtube.com/PriceIsRight, With Viewers Voting Online for the Winner

THE PRICE IS RIGHT is holding its first-ever search to find a male model.  The search will air as a five-episode web series competition on PriceIsRight.com and Youtube.com/PriceIsRight in late September.  The winner, who will be chosen by viewers, will win a one-week modeling gig on the game show.

The search will begin with an open casting call in Los Angeles on Thursday, August 30, when the male model hopefuls will be interviewed and judged by the show’s female models and show producers on qualities such as their verbal skills, posing and ability to properly showcase a product.  Contestants who are selected to move on will participate in a series of challenges designed to reveal who has the best on-camera presence and modeling skills.  The judges will eliminate contestants after each challenge, but at certain points, one of the two contestants who finish in the bottom of a challenge may have the chance to win their way back into the competition.  At the end of the web series, up to six contestants will remain, where it will be up to the viewers to determine the winner.

Following the competition, the finalists will be revealed during the Friday, Sept. 28 episode of THE PRICE IS RIGHT.  Viewers will have the opportunity to vote online for their favorite model at priceisright.com through Thursday, Oct. 4.  The winner will begin their week-long modeling gig on THE PRICE IS RIGHT on Monday, Oct. 15.

Following is the information for the open call:

Go to priceisright.com for official rules and eligibility.

THE PRICE IS RIGHT, the longest-running game show in television history, is hosted by Drew Carey.  Produced by FremantleMedia North America, THE PRICE IS RIGHT is broadcast weekdays (11:00 AM-12:00 Noon, ET; 10:00-11:00 AM, PT) on the CBS Television Network.