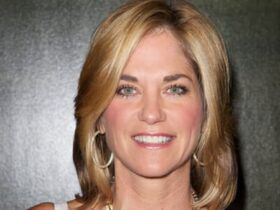 Blair finds Tomas in Todd’s office. Tomas manages to cover that he was trying to get into Todd’s safe. Blair suspects that he’s here to investigate Todd, but Tomas covers, saying he was here to question Jack. Blair reminds him that she told him he’d get nothing from Jack. He asks her why she’s here.

Todd enters and freaks, accusing Tomas of turning Blair against him, convincing her he killed Victor! Blair tries to reason with Todd but he won’t hear it. He realizes Tomas has tampered with the safe and assumes that Tomas is trying to take Todd down for the murder so he can have Blair. Todd isn’t going to let Tomas get away with it. He opens the safe and takes out the gun.

Blair brings Tomas to Dorian’s house. They kiss and Todd watches, gun in hand. Earlier, Jack accuses Todd of using the newspaper to make himself look good when he’s guilty of killing Jack’s dad. Todd tries to defend himself, but Jack will hear nothing of it. Todd goes. Jack burns Todd’s first edition of The Sun. Jack, thinking the building is empty, prepares to torch it.

Natalie tells Brody about Jessica’s crazy news. Brody goes to the PD where he overhears Vimal on the phone with Rama, saying that as soon as they get things settled with Neela, Vimal will tell John the truth about his son. Brody follows Vimal to his meeting with Rama at Todd’s office.

Clint and Viki might be about to kiss when they are interrupted. Meanwhile, Clint finds DV, the dog, with something in her mouth.

Rama tries to convince Neela that her arranged marriage will be alright, but Neela wants no part of it. Vimal goes to John to report Neela missing and considers telling him the truth. Rama calls him, interrupting the moment. Rama agrees to talk to Vimal on Neela’s behalf.