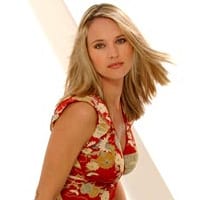 (SoapOperaNetwork.com) — “The Young and the Restless” Episode Recap – Tuesday, September 27, 2011.

Cane stressed the importance to Ronan of taking down his father with the information that he’s given him. Ronan told Cane that it would take time, and that he would need professional experts to help break the codes. Cane said this was the best opportunity to catch his father in all the illegal activities he’s been doing. Meanwhile, Colin snuck up on Lily, who was in the park playing with the twins. She took him to task on his being there, despite the restraining order she took out on him. Colin said it was mere accident running into her.

Gloria was disappointed when nobody seemed to care that she was missing. When Jill walked up on the conversation, she teased her too, until Gloria took a jab at her. She hit a sore spot when she asked Jill if she heard anything from Billy. Meanwhile, Billy ruefully laughed when Michael walked into the trailer with groceries for him. Michael lectured him for sneaking out of his own place. Billy, however, had a question for him: who the hell was Sam, and what relationship did he have with Victoria.

Victoria was hobbling on her injured ankle, when Sam told her to take a seat. As he was tending to her, he flashed back to his taking care of Sharon when she injured herself back at his farm. Sam told her that he thought she should go have it checked out. Victoria admitted to Sam that she was having a hard time forgetting about Billy.

Noah visited Sharon in jail. He wanted Sharon to go back and accept the deal that the DA offered her. Sharon didn’t want to do a ‘no contest’ because she wasn’t going to admit guilt to anything that she didn’t do. Noah, however, pointed out that she would be missing out on so much in their lives if she were in jail. Noah told her that Michael would be stopping by to see her; just give it some thought.

Neil stopped by to see Victoria. Sam got his ‘vote’ in agreeing that Victoria needed to see a doctor for her sprained ankle. Alone together, the topic about Billy came into play. Neil admitted that he thought about Drucilla from time to time. He admitted that he missed the old Victoria he used to know; the one that set her mind to something and made them happen. Victoria admitted to missing the old her too.

Michael told Billy he wasn’t interested in talking about Sam Gibson. Billy let it slip that he was near the house and Michael immediately lectured him on the risks that he was creating for himself. He told Billy that they were all putting their relationships on the line to help him out. He told Billy that once Delia was well, he would be leaving town anyway. He questioned what he wanted from Victoria. When Michael left, Billy snuck out of the trailer to head over to Victoria’s.

At the prison, Sharon asks Michael if he thought she made a mistake not taking the deal from the DA. Michael told her that he believed that she might have. He told her, putting himself in her shoes, it would be hard to be apart with his family for 28 years. Sharon believed that Avery could win the case. Sharon said she needed some time to think. Sam showed up and she shared with him on Noah’s visit.

At the park, Colin again apologized to Lily for startling her. Cane soon arrived and told his father to leave Lily alone. Colin soon left the park, leaving a nervous Lily to fall into Cane’s arms. She was thankful that Cane showed up when he did. She was on her way to do an errand, but asked Cane if he wanted to join them.

At the hospital, the doctor gave Victoria a prescription for some medication to take for her sprained ankle. He asked her about Reed. She told him that he was doing fine. Victoria’s curiosity got the better of her when he mentioned seeing Billy at the hospital twice within 24 hours. In the meantime, back at Victoria’s house, Billy snuck in. He soon was approached by Keely, Victoria’s new dog.

Colin was with Jill at Gloworm, when she got a call about work. She dashed off, but promised to come back to see him in a bit. After she left, Gloria started to ask Colin if Jill had ever seen him get really angry before. An un-amused Colin refused to talk further with her. Gloria still pressed to know what he was looking for while they were in the wine cellar. He again refused to talk. Gloria received a phone call from Ronan, wanting to speak to her. She excused herself and headed out; leaving Colin wondering what she was up to.

Victoria headed over to Billy’s trailer, peering inside. Back at her place, Billy made nice with Keely, but was found out, when a girl scout came to the door, wanting to sell cookies. When she left, Billy was set to leave, but was forced to hide in the closet when Victoria returned home.

Cane and Lily went to the dance studio to see Madame, Drucilla’s former dance teacher. She wasn’t aware that Cane and Lily were now divorced. Lily admitted to keeping her out of the loop. Neil arrived, after getting a message from the nanny on where she was. Neil questioned what was going on between her and Cane. He soon told Lily that he realized that he wasn’t giving her enough credit on how to handle her life. He told her to do what made her happy.

At the police station, Gloria wanted to know why Ronan was more concerned about Colin’s past, rather than who locked them in the wine cellar. Colin, on the other hand, wanted whoever he was talking to on his cell phone to take care of the ‘Gloria Bardwell’ problem.

Noah was upset when Sharon told him that she wasn’t taking the deal from the DA. Noah assumed that Sam talked her out of taking the deal, but Sharon said that she did her own thinking and she made the decision on her own. She believed she was doing what was right and best for her family. Sharon believed that she would be cleared of all charges. Noah, however, wasn’t so sure.