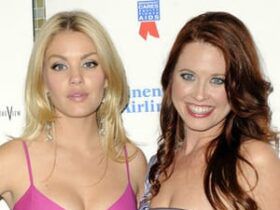 Tom King
Breakdown Writer for “One Life to Live” on September 11, 2001

9/11 fell on a Tuesday, the day when normally we “One Life to Live” writers met to start planning the new week of outlines. Monday we met to get notes on the previous week, and Wednesday was the day when we finished laying out. By 2001, I was commuting to NYC from Connecticut, staying over Monday and Tuesday nights at the Harvard Club and taking the train back to Old Saybrook on Wednesday night. On Tuesday morning I had breakfast in the club and went up for a quick work-out in the gym, where the attendant in the reception area told me that a plane had just flown into one of the World Trade Center towers. I pictured a Piper Cub or the like smashing into a tiny portion of the building’s facade and continued on my way.

I chose a running machine and began to jog. The TV hanging before me was tuned to CNN. They were showing footage of the first plane hitting a tower. My God, this was no Piper Cub but a huge passenger plane. I slowed the speed on the machine and watched the screen in rapt horror. They went to a live shot of the towers, as a second plane flew into frame and exploded into the other tower. The CNN announcers reacted as you might expect, except that they launched at once into naive speculation that this was some sort of coincidental double mechanical or guidance failure of the two planes. Within a minute, an aviation expert was on audio, saying, “No way this was an accident. Visibility today is two miles. Those planes were flown into the towers on purpose.”

Adrenaline hit me hard. Some primitive part of my brain must have taken over, because I wasn’t thinking, just acting. I raced back to my room, packed my laptop, threw stuff in my bag and ran the three blocks to Grand Central. The next train to New Haven was the 9:49. I bought a ticket and boarded along with hundreds of other stunned-looking souls, and the train was quickly filling. I moved to the first car which was less crowded. The woman conductor came over the PA, her voice tight with panic. “We’re leaving now,” she said. I checked my watch. It was well shy of 9:49. “Clear the doors,” she said. “Clear the doors! There’s another train after this one.”  She never collected my ticket. I still have it.

En route to New Haven, cell phones still worked, and I connected with my partner Tim. He was crying because I was alive. He told me the towers had just collapsed, and I felt a wave of nausea come over me.

There was no writers’ meeting that day, or that week or the next. The studio went dark. When I returned to work, it was with a great sense of trepidation. Things that used to seem routine, like passing through Grand Central, now felt fraught with danger. As I left the studio Wednesday night, that first week back at work, our writers’ assistant looked up at me, forlornly, and said, “You’re so lucky. You get to leave.”