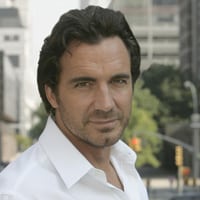 Zach tells Griffin he wants him to run the new Miranda Center that Kendall started. Griffin warns Zach off David. Zach can tell David is still wary of his intentions and takes several steps to try to remedy that. Kendall prepares a Welcome Home celebration for Zach. Greenlee arrives and discussion once again turns to David. Kendall admits to Greenlee that Zach is different. Griffin tells Kendall that he wants her to be happy and he feels she can’t be as long as she allows Zach to remain under David’s spell. Zach shows up just as Griffin pulls Kendall closer in his effort to get through to her.

Ryan confronts David over trying to disrupt his marriage and says nothing will come between him and Greenlee. Greenlee tells Kendall about the property bid Ryan made. Ryan learns Zach outbid him. Greenlee and Ryan discuss the recent developments.

Cara tries to convince Griffin to see the bigger picture as he contemplates going to the FDA concerning Project Orpheus. They each accuse the other of letting personal demons get in the way of their objectivity. Tad remembers that he has an immigration meeting with Cara and Dixie feels it’s best if she stays out of the way. Cara is honest with Tad about her feelings. Dixie confronts David. Her words sting the doctor.