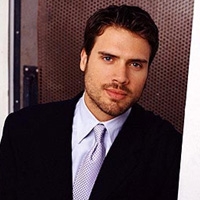 (SoapOperaNetwork.com) — A look at what's happening on "The Young and the Restless" during the week of July 11, 2011.

Victoria becomes concerned when she learns the Billy is nowhere to be found, especially wit the upcoming custody case with Delia. Jill continues to wonder on the bond that Colin and Genevieve have for one another. On Wednesday, July 13 , Lily learns the truth about Sofia and Neil. Chloe finds herself going up against Katherine when it comes to Delia on Friday, July 15.

The Inside Story: Sharon's Returns Hits Emotions All Over
When Marco and Lee arrest Sharon at the dance, Sam is stunned to learn about who Sharon really is. While she is being transported back to Genoa City, the news spreads like wildfire. Nick learns of Sharon's being alive when he gets a phone call from the detective working the case, while Phyllis gets the news from one of her many sources. When Adam learns of the news, he is happy not only that she is alive and well, but that he now has the proof to help clear her name. As Sharon is back in Genoa City, Nick asks Noah to go with in to the jail but Noah doesn't want to see Sharon. Meanwhile, wanting to get the scoop for Restless Style, Phyllis attempts to harass D.A. Walsh until he tells her what she wants to know. Unfortunately for her, he has her escorted out. As she is leaving, sehe gets her first look at Sharon. Walsh attempts to grill Sharon about Adam's involvement in her escape but she refuses to rat him out. When Nick shows up, the joy on his face shows loud and clear. As they are talking however, Sharon turns his joy into outright anger when she reveals that after she heard that she was pronounced dead, she decided to stay that way. Things, however, are different for Adam, who arrives and supports Sharon's choice to stay away. Nick leaves in a huff, not seeing Sam, who has arrived. When Sam tells Sharon he can't let her go from his life, Adam's joy turns to jealousy, especially seeing the sexual chemistry between the two of them. Feeling like a fool, Adam tosses the only proof in clearing Sharon's name into the river. Back at the jail, Sharon and Sam begin to talk but Victor's arrival puts the conversation on pause. Sharon is surprised when Sam tells her that he knows about Victor Newman. Victor, wanting to be involved, begins to question Sam but tones it down when he realizes that Sam truly cares about her. Later, Sharon calls Adam to explain about Sam. He listens as she tells him that it was Sam who helped her to move on with her life and start over again. Finally wanting to see his mother, Noah goes to the jail and they have a beautiful reunion together. Mother and son reconcile with one another. When Noah leaves, Sam comes back to see Sharon. She wants him to go back to New Mexico before she drags him down in all of her mess, but Sam refuses to leave her side, more than willing to support her. In the meantime, Victor plots to put an end to Adam's obession with Sharon and convinces Sam not to leave Sharon when she needs him the most: he's good for her. As for Adam, he visits Sharon and is crushed to learn that she saw him that day at the fair. When she questions the evidence that Noah and he were working on, a pissed Adam tells Sharon that they never found any evidence to help clear her name. The lies soon get back to Noah and he's angry that Adm would lie to his mother.

A Closer Look: Billy's Uphill Battle
A concerned Victoria convinces Billy to fight for Delia and helps him get ready for his custody case. When they arrive, Victoria assures her estranged husband that things will be alright and heads out. Things seem to take on a mild turn when Rafe plays fair and doesn't go for an attack against Chloe; however, when it's Billy's turn to take the stand, Chloe's lawyer isn't so kind and rips into him. Thinking that they lost, Billy is surprised when Victoria comes to testify that Billy is nothing but a wonderful father to Delia. After hearing her testimony, the judge heads into chambers to make their decision. Meanwhile, as everyone awaits the verdict, Victor, wanting to get even with Billy, sets a chain reaction of disaster, when he hires a hooker to lure Billy. Victoria, not realizing that Victor had a hand in stirring up trouble for Billy, becomes disgusted at the behavior that Billy has been displaying.