Home / News / Hartley and Vilasuso Update Their ‘All My Children’ Status 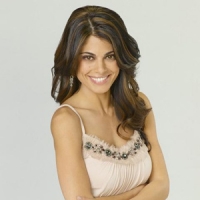 (SoapOperaNetwork.com) — Weeks after the cancellation of “All My Children” was announced, so to was the rehiring of Cady McClain, as the not so deceased love of Tad Martin’s (Michael E. Knight) life, Dixie Cooney, and Thorsten Kaye, as the also apparently not so deceased love of Kendall Hart’s (Alicia Minshew) life, Zach Slater. Fans of the Castillo siblings, Dr. Griffin Castillo and Dr. Cara Castillo, and their budding romances were left with a lot more to worry about then a trail of broken hearts when on the heels of the return announcements, Soap Opera Digest reported that their would indeed be cast cuts at the show to make room for all the returns and to focus on core characters. Speculation grew that “AMC” newcomers Jordi Vilasuso and Lindsay Hartley, the actors who portray Griffin and Cara, were in line to be some of the early casualties do to the circumstances. The actors as well as a spokesperson for the 41-year-old show have recently responded to fans concerns.

In recent weeks, both Hartley and Vilasuso have taken to their official Twitter feeds to announce whether they’re staying or going. Early last month, Vilasuso assured his fans he would “be on to the end.” Just this past week, Hartley reported the same fate for Cara and whetted fans appetites adding that her character will have an “extremely unpredictable ending.” The actress potentially knows at this point as the writers of the show outlined the final week of “All My Children” last week. (Follow this link where we find Head Writer Lorraine Broderick’s right-hand and Associate Head Writer Addie Walsh spoofing – we repeat spoofing – the details of Pine Valley’s last week of storyline.) Soap Opera Network reached out to an “AMC” spokesperson for an official response on Hartley and Vilasuso’s future with the show. While not an absolute confirmation, the spokesperson did respond that the status updates are accurate as far as [they] know.

Daytime Emmy Award winner Vilasuso debuted on “AMC” on November 16, 2010. Hartley debuted a month earlier on October 15. 30-year-old Vilasuso started his career on CBS’ “Guiding Light” in 2000 as mobster Tony Santos. He exited the role in 2003. 33-year-old Hartley made her daytime debut on NBC’s “Passions;” she starred on the soap as Theresa Lopez-Fitzgerald from its first episode on July 5, 1999 to its last episode on September 7, 2008. Before joining “AMC,” Hartley landed a contract role on NBC’s “Days of Our Lives” but was let go early.

With the writing process nearing it’s final stages and just a bit over a month of taping left when the actors return from their long vacation at the end of the month, no early exits have been announced except for that of Eddie Matos. Matos’ exit was not at all unexpected as he joined the cast in 2010 on a recurring capacity as a murderer. In the not entirely unexpected category, look for at least two more non-contract characters to make their exit later this month as a major storyline comes to a close.