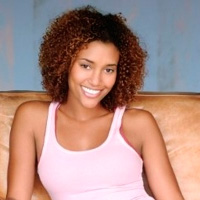 (SoapOperaNetwork.com) — The Ward family is returning to ABC’s “General Hospital” and it’s about time! It was announced yesterday that actress Annie Ilonzeh has been cast in the contract role of Maya Ward, the daughter of Faith Ward and niece of Justus Ward (last played by M’fundo Morrison). She is also the great grand-daughter of Edward Quartermaine (John Ingle).

According to ABC, Maya will play heavily in the upcoming Quartermaine family story-arc and will find herself involved with a certain Spencer, who will surely be a Lucky (Jonathan Jackson) man despite the woes he’s going through right now or will it be his younger bro Ethan (Nathan Parsons)? Maya will also be joining the General Hospital staff as an intern, who has no patience for bad boys due to a previous experience. Could we have another anti-Jason/Sonny character on our hands? Or is there another bad boy we’re not aware of? Hmm…Ethan sure sounds like a winner!

Ilonzeh previously appeared in such shows as “Melrose Place” and “How I Met Your Mother.” She can be seen in the film “Percy Jackson and The Olympians,” which is out today. Her first airdate on “General Hospital” is set for Wednesday, March 31.